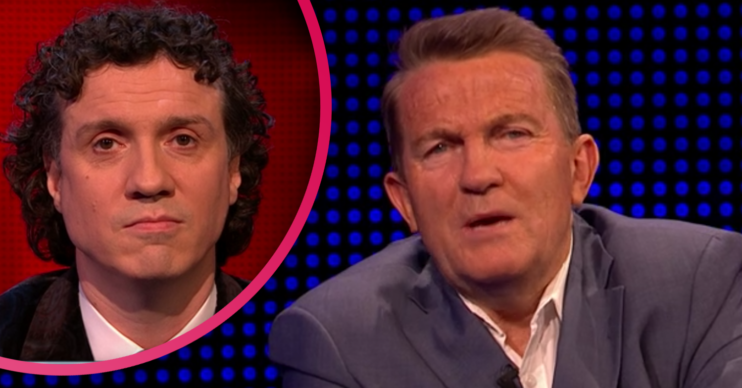 The Chase stars all had the same complaint after yesterday’s episode (January 3) of the ITV gameshow.

With normal service still not resumed, viewers took to Twitter to air their viewers about the show.

And they seemed pretty disgruntled when turning on ITV at 5pm only to find no sign of host Bradley Walsh and his contestants.

Why are The Chase fans annoyed at ITV?

The Chase aired on ITV last night at 5.45pm, with Tipping Point airing before at 4.40pm.

Read more: Bradley Walsh takes it in good humour as he’s ‘replaced’ on The Chase

So, when Bradley fans turned on looking for The Chase, they were actually met with Ben Shephard and his game show.

And it’s fair to say they weren’t best pleased.

Really weird times for #Lingo #TippingPoint & #thechase today. Schedulers must be having a laugh! pic.twitter.com/0JVn6iVwtN

How did The Chase fans react to the schedule change?

Not well, to put it lightly!

One said: “I’ll be glad when The Chase in back to it’s proper time of 5pm.”

Another added: “Don’t know about anyone else but I look forward to #TheChase resuming its normal slot from tomorrow. 5 o’clock, just getting in from work and having a cup of tea, roasting contestants.”

Read more: Shaun Wallace declares it ‘won’t be the same’ as he addresses Bradley Walsh’s ‘retirement’

A third said: “Anyone else just tuning in for #TheChase not realising the times are all different today???”

“All these irregular timings are messing with me,” another moaned.

“Yo @ITV,” tweeted another. “When are you gonna sort out your times for the game shows? Tipping Point and The Chase not being on at 4pm and 5pm is messing with my head!”

What time is The Chase on today?

Fear not Bradley fans, the show is back in its usual 5pm slot today (January 4).

However, for those hoping ITV would be airing a new episode we have bad news.

The Chase will be back on our screens today, but it’ll be a repeat.

Head to our Facebook page @EntertainmentDailyFix and tell us if you’ll be watching.