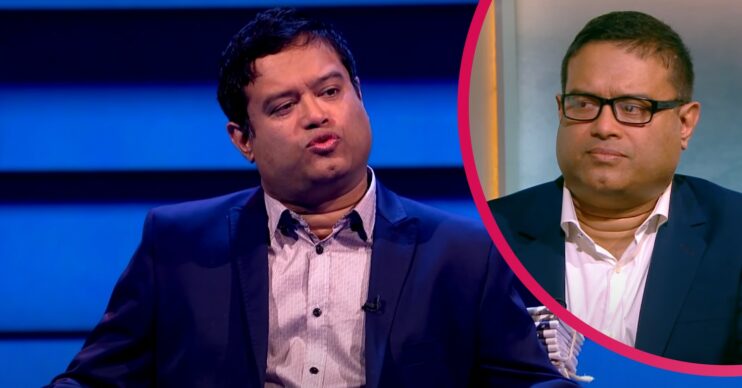 The star joked that this was the 718th time it's happened

The Chase favourite Paul Sinha is apparently all of us this time of year as he’s revealed his weight gain over Christmas.

Despite the star not having a “particularly gluttonous” festive period, he told his social media he’s gained some pounds. We hear you!

What did Paul Sinha say?

Paul Sinha took to Twitter today to discuss how the festive period had affected his weight.

“Wasn’t even a particularly gluttonous Christmas period and yet I put on 4lbs,” he tweeted.

“And so the fightback begins for the 718th time.”

What did Paul Sinha’s followers say?

Never has a famous face been so relatable at exactly the right moment – and many of Paul’s followers sympathised with the Chaser’s weight struggles during the festive period.

“Tragic that it takes so little effort to put on a few pounds yet so bloody hard to lose them again,” one follower said.

“The struggle is real,” another said.

“Give the Quality Street away,” a third advised the star.

“You look ok for someone who’s seen 718 Christmasses to be fair,” another joked.

What have other stars of the Chase been up to over Christmas?

Whilst Paul might not have enjoyed Christmas as much due to his weight gain, other stars of the Chase, like Bradley Walsh, will be loving the festive period.

The 61-year-old former Doctor Who star has reportedly picked up a £500,000 Christmas bonus for his TV work.

On Christmas Day, Bradley appeared in the Larkins, he hosted Christmas editions of The Chase, appeared in Breaking Dad with son Barney, and hosted a festive Blankety Blank special too.

However, the star has confessed that he won’t be in showbiz for much longer after four decades on screen.

In an interview with Good Morning Britain on Christmas Eve, Chaser Jenny Ryan said The Chase wouldn’t be the same without Bradley.

“It would not be the same show without Bradley, he’s a fabulous host and I really enjoy working with him,” she said.

“I was involved in the test pilot, as soon as they said Brad was on board I knew it was going to be a hit.”

The Chase airs tomorrow on ITV and ITV Hub at 4:30pm.