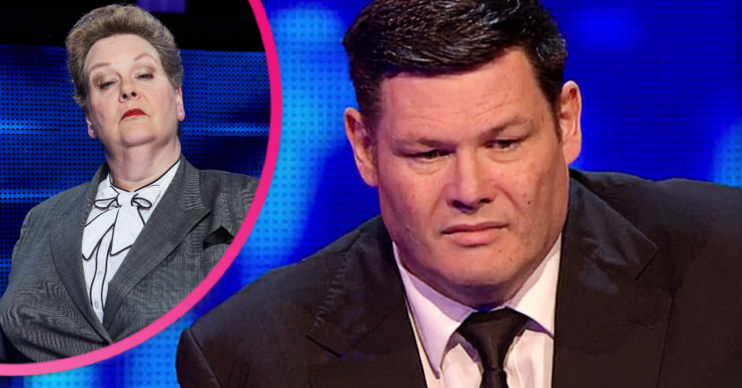 'You're wasting your time'

The Chase star Mark Labbett has hit back at complaints from viewers.

The Chaser – who is best known as The Beast – took to social media yesterday to address critics of the ITV quiz show.

And it appears his co-star, Anne Hegerty, is right behind him!

Mark Labbett hits back at The Chase complaints

On Twitter, Mark, 56, reached out to his 147k followers over the complaints.

He said yesterday (August 31): “Would people who have complaints about #TheChase please direct them to @itvchase.

“Otherwise you are wasting your time.”

You are wasting your time

The post didn’t go unnoticed by Anne, who was quick to respond to her fellow Chaser.

The 63-year-old quizzer replied: “Well, if Twitter is anything like Facebook, I’m guessing people are saying it can’t be ‘new’ if it was filmed last year.

“Because apparently everything they ever buy was made in the last week.”

Would people who have complaints about #TheChase please direct them to @itvchase. Otherwise you are wasting your time

It comes after viewers of the quiz series were left fed up over the show’s constant repeats.

However, the pair’s loyal fans rushed to show their support.

One wrote: “Why complain? It’s a TV program, entertainment. Don’t like it, switch off.”

Read more: The Chase star Jenny Ryan looks like a different woman as she ditches iconic up do

A second tweeted: “Best quiz show on TV! Never any complaints from me or my son and we watch it all the time, even the repeats.”

Another added: “The Chase inspired me to join the higher-level quizzing circuit and in doing so, changed my life. I’ve no complaints at all.”

In addition, a fourth said: “Why the hell would anyone complain about #TheChase, it’s a brilliant original.”

The Chase star opens up on trolling

Meanwhile, Mark’s post follows shortly after Darragh Ennis opened up on the trolling he’s received since joining the show.

However, it hasn’t been without some downsides.

Speaking to The Mirror, Darragh said: “I’ve had some really horrific people being extremely nasty to me.

“I had some people accusing me of crimes, I had people being really disgusting.

“I genuinely don’t care what people think of me so if people are mad at me then that is their own business. So I kind of feel sorry for them. I don’t get mad at them, they are very sad people.”