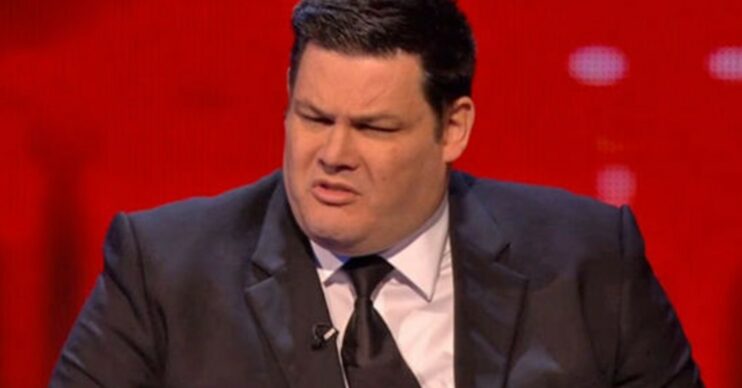 The Beat The Chasers star is working hard on his weight

Mark Labbett from The Chase has revealed he got a shock diagnosis during a routine check-up.

Mark, 55, is one of the chasers on the popular ITV quiz show series The Chase.

In 2017, the TV star went for a check-up at his surgery, but he didn’t expect what happened next.

While a nurse was checking him over, she noticed something odd about his legs.

Mark Labbett from The Chase recalls an incident with a nurse

He said: “I’ve got skin that doesn’t heal properly in my lower legs. A nurse looked at me and she asked, ‘Are you sure you’re not diabetic?'”

Thankfully, since it was detected early, Mark has managed to avoid having a diabetic episode.

In fact, he says the incident helped push him to transform his life and become healthier.

Mark almost eradicated his illness a few years ago, but then sadly fell back into his old habits.

He said: “I’ve still got a way to go. It turned out a couple of years ago I wasn’t far away from being non-diabetic.”

Mark went on to reveal that despite the stress of the lockdown, it’s actually helped him stick to a regime and lose weight.

The Chase star says that his young son has helped by keeping him on his toes.

Read more: Paul Sinha hits back at claims he was ‘forced to quit role’ due to Parkinson’s

“I had been getting fit anyway because of being in lockdown,” he explained.

“Because my wife works as a nurse and I was the primary carer for our son. And I soon found that looking after an active three-year-old is tough.”

Mark has teamed up Fitbit and Diabetes UK for the One Million Step Challenge in a bid to encourage others to change their lifestyle too.

Meanwhile, want to know when Beat The Chasers is back for series 4? Here’s all we know so far.

Head to our Facebook page @EntertainmentDailyFix and tell us if you’re excited about the new series.