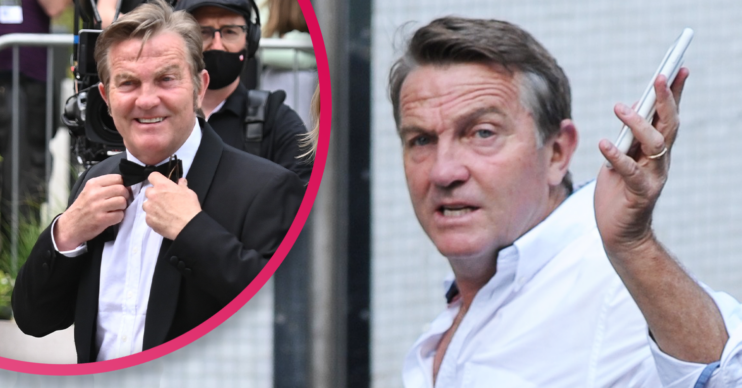 The Chase host Bradley Walsh is one hell of a scamp – and his latest escapade has made us roar with laughter.

Hot on the heels of Bradley’s Breaking Dad Christmas trailer dropping, the popular presenter has admitted trespassing on his neighbours’ properties.

And not in daylight hours, either, he does it in the middle of the night.

But why? Read on and we’ll tell you.

And, chatting to the host, Bradley makes quite the admission.

The comment came when fellow guest Leona Lewis opened up about the animal sanctuary that she owns.

And it was then that Bradley told his pet story, presumably about son Barney’s dog Lulu, who was welcomed into the family in the summer of 2020.

What did Bradley tell Jonathan about his dog?

Bradley revealed: “She gets out of the house, you just can’t get her back.”

He added that at “1am/2am I’ve been in neighbours’ gardens, trying to get her back”.

Sadly Bradley didn’t reveal if he’s ever been caught… or why he hasn’t fixed the hole in his fence!

What else did Bradley revel on the show?

Discussing stand-up, Bradley revealed that he “used to open up for Shirley Bassey and Tom Jones”.

He added: “I used to use the entire stage… up and down… You had to keep 11,000 people entertained. You knew you were doing alright when the first few rows would stay.

“I was on the road with Shirley Bassey and that’s where it started. Got my first Royal Variety out of that.”

He added of his career: “I’ve loved every second of it. It’s been great – really, really brilliant. I thank the Lord.”