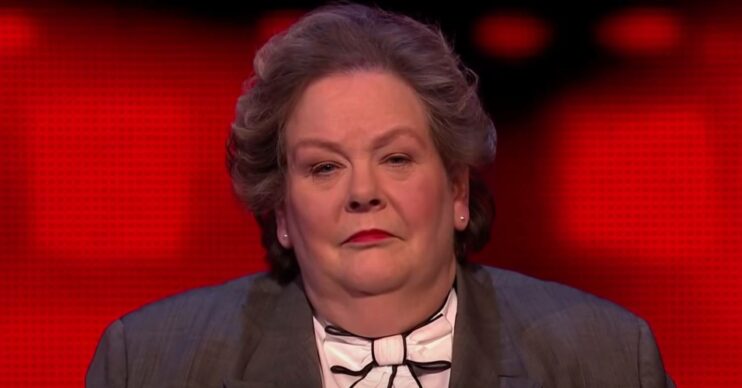 The Governess knows how to bite back

The Chase’s Anne Hegerty may be known as the sassy Governess, but the brain box has had to deal with some pretty mean online trolling.

The 63-year-old is one of the ITV show’s most popular faces, putting contestants through their paces with her incredible intellect and witty one liners.

However, like so many celebs, Anne has found herself on the receiving end of some spiteful social media comments.

“There are some people who are quite successful at trolling, but straight up abuse is tiresome,” she told Starts at 60.

During her time on the The Chase, Anne has come under fire for her appearance, demeanour and also defending her co-stars.

In 2019, she clapped back at a Twitter user who claimed contestant Emily Attack ‘wasn’t pretty enough’ to play Debbie Harry in Sky’s Urban Myths.

Anne also came to the defence of a contestant who faced homophobic trolling after his appearance on the show.

“I don’t really mind it, but if it gets too noisy I mute them!” she revealed. “I don’t block people, I’m more likely to mute them so they don’t know they’ve been muted.

“I like the idea of them shouting into the void and not realising that I’m no longer listening!”

The star has amassed a huge online following, with one fan branding her an “icon” for the way she deals with online trolls.

However despite her confident character, Anne admitted she felt like the “family loser” when she was growing up.

The star revealed she was often compared to her mother, who she was ‘told she could never live up to’.

The Chaser recently learnt more about her childhood on ITV’s DNA Journey.

Embarking on the journey with The Chase’s Shaun Wallace, Anne learned she was related to royalty.

In a shocking discovery the star found out her nineteenth cousin was none other than the Queen!

Anne said her mum had ‘discouraged’ her from delving further into the family tree, because there was “quite a bit of posh” in there.

However the star joked to The Sun that she was already a “terrible snob”, so she had nothing to hide.

The Chase is on weekdays on ITV at 5pm