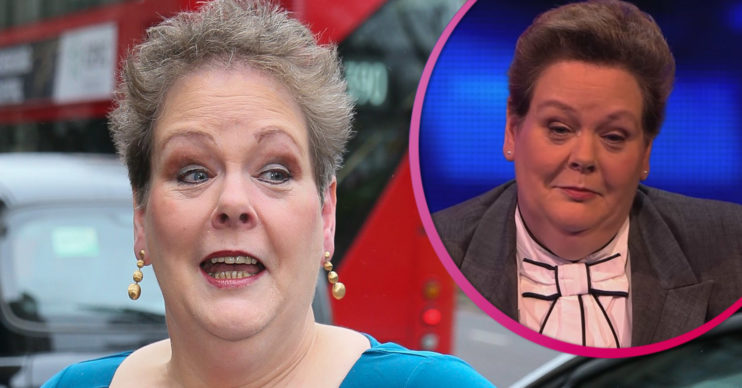 The Chase star Anne Hegerty has opened up about her worries of contracting Alzheimer’s disease.

Nicknamed The Governess, popular Chaser Anne, 62, says she often wonders what would happen if she “lost her mind”.

What did The Chase star Anne Hegerty say about her fears?

Speaking to The Express newspaper, Anne explained that losing her famed powers of recall and memory were her biggest fears.

“I do worry about things like Alzheimer’s, even more so given the nature of what I do,” she said.

Read more: The Chase: Anne Hegerty demands ‘have you finished?’ after Bradley Walsh speaks over her

“I’m sure they wouldn’t fire me… but they’d be wanting a lot of reassurance about whether I was happy to keep working. However, I assume producers would tell me if they thought I was not fit enough to keep doing the job.”

What else did Anne say about The Chase?

She also recounted a story about an episode of the quiz show a few weeks ago.

In it, she explained, she had a particularly bad final chase and wondered what had happened.

You’ve left your brain out the back, what happened there?

Even host Bradley Walsh wondered what had happened and asked her: “You’ve left your brain out the back, what happened there?”

Anne had to concede that they were just difficult questions and that happens sometimes.

The Governess opened up on I’m A Celebrity

Anne was diagnosed with Asperger’s Syndrome at the age of 45 in 2003.

The public first became aware of the condition when she appeared on I’m A Celebrity in 2018.

Fearing she couldn’t carry on in the camp, she said: “I didn’t raise the autism issue… I try not to do that. But if someone else raises it I make it clear I’m happy to talk about it.

“I really appreciate how nice and sympathetic they’ve been to me and how supportive they are.

“And it’s nice they say I pick up social cues because I’m never quite sure that I entirely do.”