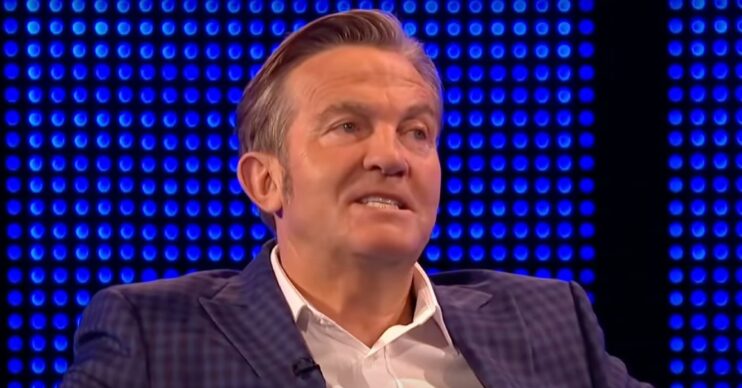 The Chase will air a special Soccer Aid show tonight in a big format change.

A celebrity version of the hit ITV game show will air tonight (June 10).

It will be forming part of the upcoming Soccer Aid charity event.

Tonight’s episode of The Chase is going to be slightly different from usual.

Viewers are used to seeing four members of the public go up against the Chaser in the hope of walking away with a big money prize.

However, today’s edition of the show won’t feature the public – it will be a celebrity special.

The special episode forms a part of Soccer Aid – the main event of which will take place on Sunday (June 12).

The Chase was full of talking points this week, thanks to one of the contestants on the show.

Matt from London, who was tall and slim, stunned both Bradley and the viewers at home when he revealed that he is a competitive eater in his spare time.

“I’m big on my food, and when I say that I don’t mean quality, I mean quantity,” he said.

“My first formal challenge was back in 2015 in Australia, which was a kilogram of steak, 500 grams of chips, 500 grams of vegetables and I had to do that in 30 minutes.”

Later in the show, Matt had viewers in stitches with his hilarious reaction to losing in the Final Chase. His co-player Geoff only answered one question in the final round.

“Matt looks like he’s [going to] chin someone,” one viewer laughed afterward.