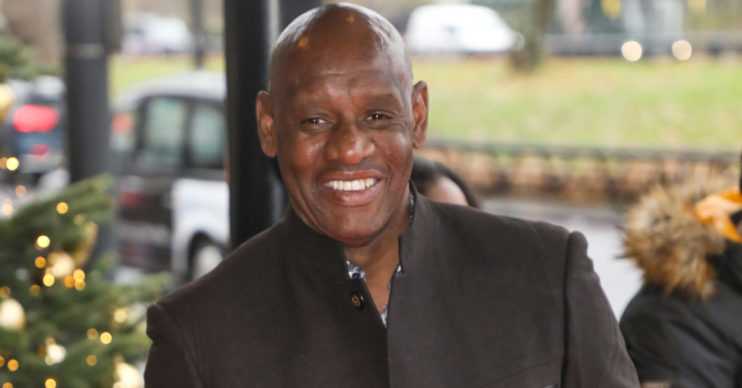 The barrister has been a victim of racial profiling many times

The Chase star Shaun Wallace has revealed he has been the victim of racial profiling on multiple occasions.

The ITV star, 60, says police mistook him for a criminal twice while leaving court during an interview on Lorraine today (June 9).

Shaun – who is a barrister – explained he was approached by officers as he “fit the profile” of a burglary suspect.

Speaking to host Lorraine Kelly, he said: “On two occasions I was coming out of Kingston Crown Court with a solicitor who happened to be white.

“I was approached by a plain clothes police officer who basically said” ‘You fit the profile and description of a person who was involved in a robbery.'”

However, the Chaser managed to diffuse the situation by showing the police officers his barrister robes.

He continued: “And I was simply taken aback and startled.

“They said” ‘Where were you?’ And I said, ‘I was at Kingston Crown Court.’ ‘What were you doing there?’ I said, ‘Well, if you look inside my bag you’ll see why.’ When he saw my robes, he was totally astonished.”

Shaun went on to reveal he was also stopped by the police following a visit to Liverpool Crown Court.

“I was getting off the train,” the TV star added. “And again I was approached by two plain clothes police officers, and I was a bit startled about why they were coming up to me.

The Chase's @TheShaunWallace shares his experience of being stopped and searched by police on two separate occasions and shares his advice to young black men who find themselves in a similar situation.

'You've got nothing to fear if you've done nothing wrong.' pic.twitter.com/G29MHqmdmI

“Again they said the same thing to me” ‘You fit the profile of a person we want to talk to about a robbery.’ And I was totally startled, and again I showed them my wig and gown, and they weren’t even apologetic in relation to the conduct and response.”

Despite his frustrations, Shaun advised others “not to react” and approach the police in a “dignified and calm manner”.

He later shared: “I’m never going to give a police officer an excuse in terms of my conduct to give them a reason to arrest me.

“I’ve been stopped countless times, not only in my capacity as a barrister.

“[Also] when I was a young boy growing up.

“But the one thing I would never do is give a police officer any excuse to arrest me.

“The message I like to come across to young people is this – it’s very difficult for you not to react.

“But to react in a way that will give them an excuse to arrest you is one thing that can be avoided.”

Shaun is one of the many stars sharing their experiences with racism in support of the Black Lives Matter movement.

Appearing on This Morning today, she said: “There was this sense of feeling like a misplacement and not like I really belonged.

“I could only really speak to my family and some of my friends. I just felt like a lot of people didn’t really understand why I felt the way I did.

“Now I feel people are starting to understand and educate themselves and seeing this problem is massive.”