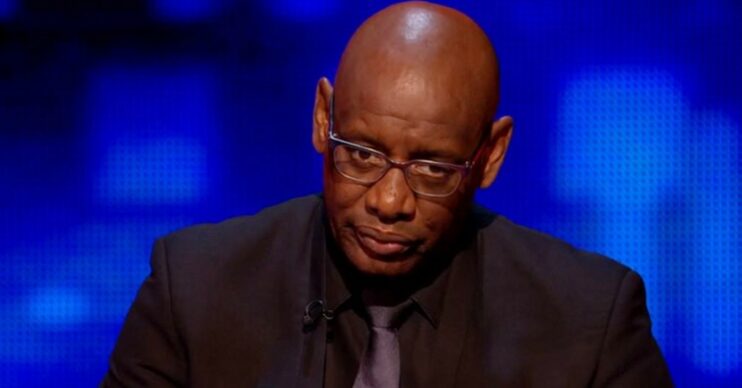 It was a bad day at the office for Shaun

Viewers weren’t happy at all with Shaun – aka The Dark Destroyer – with many feeling as though he let the contestants win on purpose.

Shaun Wallace on The Chase

Yesterday’s episode saw Chris, Mike, Jackie, and Hannah take on the Chaser in the hope of winning big.

Things didn’t begin well for the contestants, with Mike losing out on £23,000 in his bout with The Dark Destroyer.

After Chris was Jackie, who went up against Shaun to win £2,000 – something she did successfully.

Last up was Hannah, who picked up £4,000 – and walked away victorious.

The three remaining contestants then took the £7,000 they picked up into the Final Chase.

The team managed to pick up a 16-point headstart over Shaun – giving him something of an uphill battle.

And it seems it was one battle too far for The Dark Destroyer, who failed to catch the contestants.

He still had four questions to answer before the time ran out, meaning Chris, Jackie, and Hannah won £7,000 between them.

Whilst the trio were understandably thrilled about the result, viewers at home definitely weren’t.

Viewers were seriously unimpressed with Shaun’s performance on the show yesterday.

Many took to Twitter to slam the Chaser, with some even accusing him of allowing the contestants to win.

“Shaun is good at the table, but absolutely awful in the final chase. A complete liability,” one viewer tweeted.

“Embarrassing defeat for The Dark Destroyer,” another said.

Not everyone was on the Dark Destroyer’s back though.

“Shaun’s always the best laugh out of the Chasers,” another said.