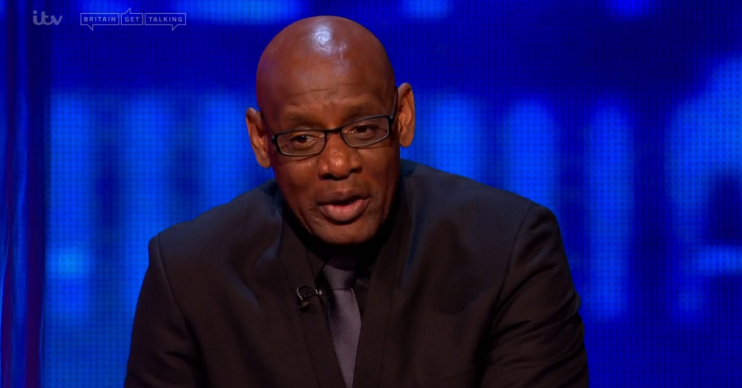 The Chase fans fuming over ‘easy’ questions given to Shaun Wallace

Only one contestant made it through to the final

Viewers of The Chase have accused the show of “easy” questions for the Chaser.

Omar, Caroline, Ro and Shirley went against the Chaser Shaun Wallace – aka The Dark Destroyer.

However, only Caroline managed to beat him and made it back with £5,000 in the cash fund.

In the Final Chase, Caroline bagged 14 steps ahead of the Chaser and host Bradley Walsh said she’ll need some pushbacks.

Caroline managed to pushback the quiz expert once.

Unfortunately for Caroline, it wasn’t enough and The Dark Destroyer beat her with 38 seconds remaining.

Viewers were gutted for Caroline and shared their thoughts on Twitter.

One person said: “#Thechase another day at the office with easy questions for Shaun.”

Another wrote: “Haha wtf are these the kids version questions for Shaun?!”

Meanwhile, on yesterday’s show (March 30), viewers accused Jenny Ryan – aka The Vixen – of “dragging out” the final and “purposely” getting questions wrong.

Contestant Laura was the only one to make it back for the Final Chase after her teammates were caught by The Vixen.

She bagged just nine steps ahead of the Chaser and told host Bradley Walsh: “That was awful.”

However, Bradley told her to remain positive and hope for some pushbacks.

Laura had six opportunities to pushback the Chaser and executed three.

Unfortunately, Laura was caught by The Vixen with 31 seconds remaining.

However, many viewers accused the quiz expert of dragging out the final and claimed she knew some of the questions she answered incorrectly.

One person said: “Chaser purposely getting questions wrong in Final Chase so it doesn’t end in 20 second.”

A third added: “Just get her off my TV, Jenny stop dragging it out.”

The Chase returns to ITV tomorrow, Wednesday, April 1, at 5pm.