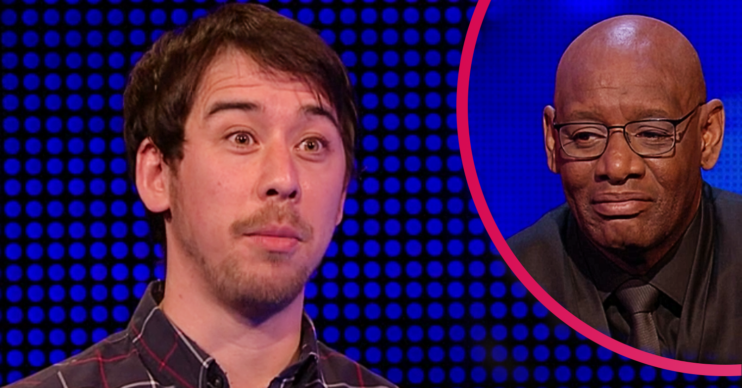 Was this one of the best episodes ever?

Their demands came after the 32-year-old from York won 83k on his Chase round.

Furthermore, Barclay then carried the load in the final Chase, defeating Shaun and bagging an amazing £90,000 – the second-highest haul for a team in series history.

What happened on The Chase with Shaun Wallace yesterday?

After Gemma and Jonathan filled their coffers with a combined £7,000, it was Barclay’s time to shine.

The dad-of-one put some markers down by winning £10k in his cashbuilder.

Shaun offered a high offer of 83k and despite the advice of his teammates, Barclay went high and stormed his Chase to bag the cash.

However, host Bradley Walsh slammed them saying the time they took in between questions was “excruciating”.

But, after pushing back Shaun twice in the final Chase, they managed to bag the cash with Barclay answering most of the questions.

Barclay should definitely be a chaser! #TheChase

How did viewers react to Shaun Wallace getting defeated on The Chase?

It didn’t take long for impressed viewers to demand that Barclay to be made a new Chaser after his amazing performance.

One fan wrote on Twitter: “£90k won all thanks to Barclay! He deserves to be a future Chaser.”

Barlacy should definitely be a chaser!

Another said excitedly: “Barclay should definitely be a chaser! #TheChase.”

And their praise didn’t stop there.

Viewers also hailed the episode as one of the best ever.

#TheChase
The best episode of the chase ever 90 Grand just fantastic what a team.

Another gushed: “#thechase Congratulations Barclay, Gemma & Jonathan! £90,000! One of the best episodes ever!”

A third wrote: “The best episode of The Chase ever. 90 grand, just fantastic. What a team.”