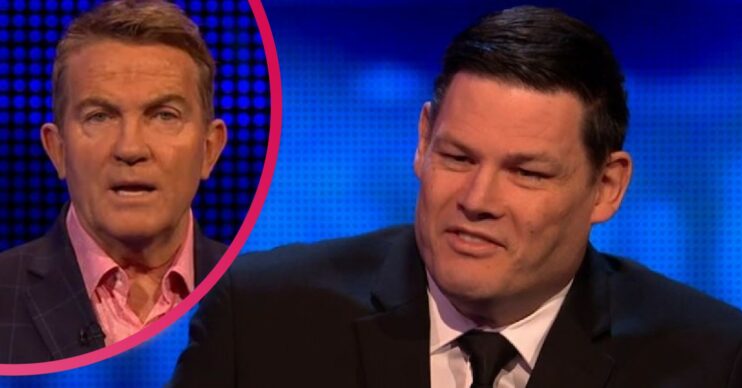 The Chase: Mark Labbett issues plea to viewers about contestants

Mark urged people to "be kind"

Mark Labbett has issued a plea to The Chase fans to “be kind” about contestants during yesterday’s show.

However, Mark caught Caroline and Lizzy after their cash builder rounds meaning they weren’t in the final chase.

He also beat Graham even though the contestant took the lower offer.

Some viewers complained on Twitter about the team and Mark was quick to defend them.

He wrote: “#thechase please be kind to low ability contestants.

“They may have applied but the contestant research team, from thousands of applicants, knowingly selected them.”

Mark added: “Being cynical, a poor contestant is a huge equaliser for us.”

One person replied: “I can never understand why a poor contestant applies in the 1st place.”

However, Mark said: “Everyone is entitled to apply, we are an every person show and proud of that.”

This isn’t the first time Mark has called for viewers to be kinder to contestants when they appear on the show.

What did Mark and Paul say?

“Nobody deserves the rubbish some of the contestants are getting #thechase.”

Meanwhile, Paul – aka The Sinnerman – said: “It needs to be repeated until people understand – we are all trying our best in a pressure situation.

“And as such the spite shown on here at people for appearance, accent, ability, confidence or lack thereof, wrong buzzes and especially lower offers, is disproportionate.”