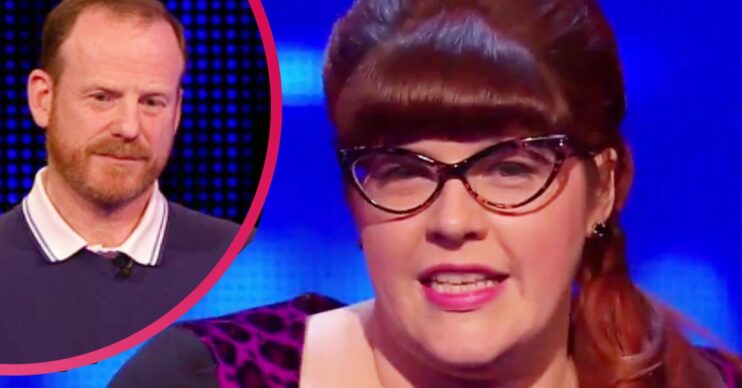 ITV viewers were seriously unimpressed with the questions on The Chase

ITV viewers of The Chase were left fuming last night as they insisted some of the questions were “ridiculous”.

Why were they so angry though?

It was all about a contestant called Steve who fans believe was ‘robbed’ of a win.

Scottish Steve, 53, ended up walking away with nothing following a string of super tough questions.

They came after he answered eight questions correctly in the cashbuilder round.

What happened on ITV’s The Chase last night?

But Steve, a railway signalling design manager, ended up leaving with nothing at all after a string of tricky questions.

Viewers took to Twitter to vent their anger at the unfairness of it all.

One said on Twitter: “Hardest set of questions ever for Steve…”

“Steve’s questions were horrifying there,” another raged.

Someone else wrote: “Steve was robbed, those questions were ridiculous.”

Steve’s questions were horrifying there #thechase

#TheChase Steve was robbed, those questions were ridiculous.

Examples of the ‘ridiculous’ questions included: “Someone with a nightshade intolerance should avoid eating what?” and “What is another term for the King James Bible translation?”

The answers are “potatoes” and “authorised version” in case, like Steve, you’re stumped.

Host Bradley Walsh also baffled Steve by asking: “We’ll burn that bridge when we get to it is an example of a blended idiom informally known as what?”

The questions were branded ‘ridiculous’

The choices were Eggcorn, Malaphor or Spoonerism.

Steve incorrectly guessed Spoonerism, but the right answer is Malaphor.

It was the final question about which pop star Elon Musk married that really got Steve, however.

He guessed Black Eyed Peas star Fergie, but the correct answer is Grimes.

Read more: The Chase viewers all have the same complaint as ITV ‘messes’ with schedules

Jenny caught up with Steve, ruining his dreams of splashing out on some ‘bling’ for his wife, Carol.

This meant he didn’t get a chance at the final chase.

Meanwhile, his fellow contestants – Dino, 47, a science teacher from Romford, Anna, 20, a geography student from Peterborough and Pam, 36, an admin assistant from Newcastle – made it back with a prize pot of £18,000.

However, in the final chase, The Vixen caught them with 14 seconds remaining on the clock.