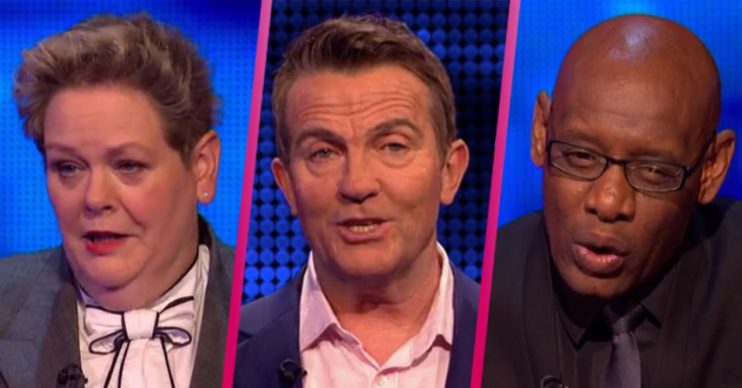 Series 13 of The Chase will continue soon

The Chase fans are set to get brand new episodes next week and it appears the quizzers remain as formidable as ever.

ITV has released a trailer for the episodes and the stars of the hit quiz show are full of fighting talk as they take on new rafts of contestants.

What happens in the trailer for new episodes of The Chase?

The trailer, shared on social media on Wednesday (August 26), features all five chasers as well as host Bradley Walsh.

Shaun Wallace, known to fans as The Dark Destroyer, growls in the video: “Loser are you? This will be good practice.”

And The Governess, Anne Hegerty, pokes fun at herself as she tells a contestant: “This is one bearded dragon you won’t be fond of.”

Brand new episodes of #TheChase – the return of the so-rudely interrupted series 13! Rejoice!

In another part of the short teaser trailer, Jenny ‘The Vixen’ Ryan – who shared it for her fans on Twitter – quips: “I like the hulk. You won’t like me when I when I’m angry!”

In it, he is seen with a smile on his face as he tells someone, rather brutally: “No way are you good enough, clever enough or brave enough to take this.”

And the Beast, Mark Labbett, says in the trailer: “It’s not just my reputation that proceeds me. It’s my ego and my stomach!”

Posting the clip for fans, Jenny said: “Brand new episodes of #TheChase – the return of the so-rudely interrupted series 13! Rejoice! Next Tuesday.”

Jenny was the one who broke news about the upcoming episodes to her followers fans earlier this month.

Viewers have had to make do with watching repeat episodes all lockdown, as ITV halted filming on the show.

On Twitter, The Vixen told her followers they have just a few more weeks of repeats to go – and many were over the moon.

Read more: The Chase viewers fuming as they sit through ‘most annoying’ episode

The brainbox tweeted: “Only four more weeks of repeats to put up with, keep going everyone! #TheChase.”

And in the replies, fans admitted they “can’t wait” for new instalments.