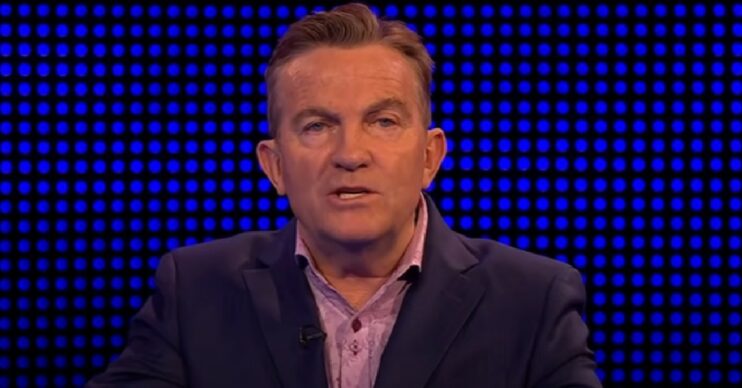 The Chase is back!

The Chase is back after a week away, and viewers have delivered their verdict on the hit ITV show’s return today (Monday, May 23).

It’s safe to say that viewers were happy to see the show back on screens after seven long days away!

The Chase returns to ITV

After a week away, The Chase returned to screens today.

All of last week, The Chase’s five o’clock slot on ITV was taken by Lingo.

Read more: Beat the Chasers on ITV: Mark Labbett hits out at bosses and makes ‘dig’ at Jenny Ryan

The Chase’s spin-off show, Beat the Chasers gave fans their daily dose of Bradley Walsh and company, but at the later time of 9pm.

Plenty of viewers took to Twitter to gush over the show’s return.

“#TheChase is back today. Won’t see you in a mo Lingo,” one viewer tweeted.

“Finally it’s back! #TheChase,” another said.

“Good to have #TheChase back….,” a third wrote.

“Goooood evening, gang!! So glad this is back,” another tweeted.

“Finally! #TheChase is back. 5pms were just not the same last week,” a fifth said.

In other The Chase related news, the Beast, aka Mark Labbett, took a pop at producers and his co-star recently.

Last week, the 51-year-old took to Twitter to moan about the fact that he had been “sidelined” during Friday’s show.

“Sat out three straight games in last position on #BeatTheChasers,” he said in a tweet for his 158.8k followers to see.

“215-1 odds of that happening. Looks like I am on the subs bench tonight,” he continued.

He then went on to claim that who plays is predetermined before the show.

When told that he sounded upset, Mark tweeted saying: “Wear a dress, get more shows.”

This seemed to be a dig at his co-star, Jenny Ryan, who got more shows than him.