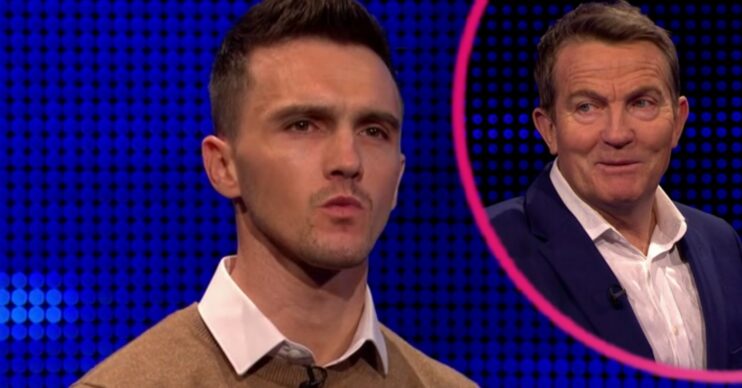 Robert went down a treat with fans of the ITV show

During Tuesday’s edition of the ITV programme, host Bradley Walsh introduced the teacher to the panel alongside three other contestants.

But it was Robert who really caused a stir.

The trainee English teacher from Glasgow explained he was taking part to help fund his wedding day.

He also admitted he was a big football fan, much to the delight of Bradley.

Robert banked a generous £6,000 in the cash-builder round, before going on to compete against Mark Labbett.

Read more: When does Beat The Chasers series 4 air? All six Chasers will appear for the first time

During the round, he impressed The Beast with his knowledge of gin.

Following the drinking question, Bradley remarked: “He knows his stuff!”

Robert then joked that the tipple was “one of your five a day”, leaving Bradley and Mark in hysterics.

Mark responded: “Can we get him a job on the show? He’d fit right in with you [Bradley]!”

The handsome teacher went on to bring £6,000 back to his teammates.

And it appears viewers were just as impressed at home.

Taking to Twitter, one gushed: “Ooooffff can Robert marry me instead, us Welsh & Scots are a perfect match.”

Another added: “I wanna marry him pls.”

A third commented: “Good looking and a great taste in football… go on Robert #TheChase.”

A fourth said: “I do love the Scottish accent.”

However, one appeared unimpressed by Robert’s choice of clothing.

The user tweeted: “Robert has borrowed his Grandads clothes.”

Can Robert marry me instead?

Meanwhile, fans should expect a new series of Beat The Chaser in the upcoming months.

The Chase spin-off will feature all six Chasers for the first time.