Viewers of The Chase have been left thrilled as a team beat Mark Labbett in the final round.

Beccy, Josh and Pat beat the Chaser - who is also known as The Beast - during their indivudal rounds and come together to try and win £13,000.

After choosing their set of questions, the team bagged an impressive 22 steps ahead of The Beast. 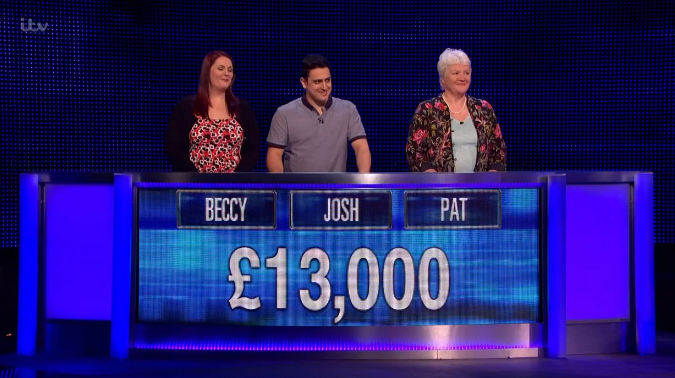 He told the team: "I apologise, I didn't think you guys were capable of getting anything like that. How wrong I was."

The team managed to pushback the Chaser six times and the quiz master was unable to beat them.

I didn't think you guys were capable of getting anything like that.

Viewers were thrilled by the result and shared their thoughts on Twitter.

One person said: "One of the best games in a long while."

Another wrote: "Well done, team. Beastie was a good sport for once. Have a good one."

One of the best games in a long while #thechase

Well done, team. Beastie was a good sport for once. Have a good one, Chaselings! #thechase

A third tweeted: "The Chase today ...... brilliant. Whenever the Beast gets cocky it backfires!"

The Chase today ...... brilliant 😊 whenever the Beast gets cocky it backfires !#thechase

Love it when The Beasty crumbles. That’s what you get for being a Mr Know it all. #TheChase

Mark told the team: "I said backstage once I got rid of Chris the game was over, but how wrong I was.

Meanwhile, on Monday evening's show (March 23), viewers were stunned when a contestant ignored her teammates' advice and went for the high offer.

Lorraine bagged a modest £6,000 in her cash builder round and went on to face Chaser Anne Hegerty - aka The Governess. 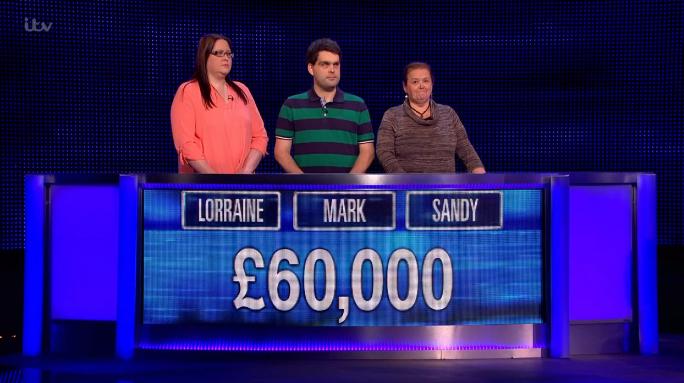 Read more: The Chase contestant ruthlessly mocked for being a 'lord'

Her teammate Sandy said: "Don't take the minus £3,000. That's just rude. If you want to go high, I haven't got a problem but I'd like you to take the middle offer."

However, turning back to the table, Lorraine said: "£48,000," as Sandy threw her hands over her mouth.

Lorraine managed to beat the Chaser and made it back to the team with her huge amount to add to their £12,000.

Unfortunately for the team, The Governess beat them with 12 seconds remaining.

The Chase returns to ITV tomorrow, Wednesday, March 25, at 5pm.