When language teacher Natalie strode up to take on Anne Hegerty on The Chase she was quietly confident, especially when her next question was about the English language.

The 32-year-old from Kent had already reached £5,000 in the cash builder, so viewers were hopeful that she could defeat The Chaser.

What happened next left everyone stunned. 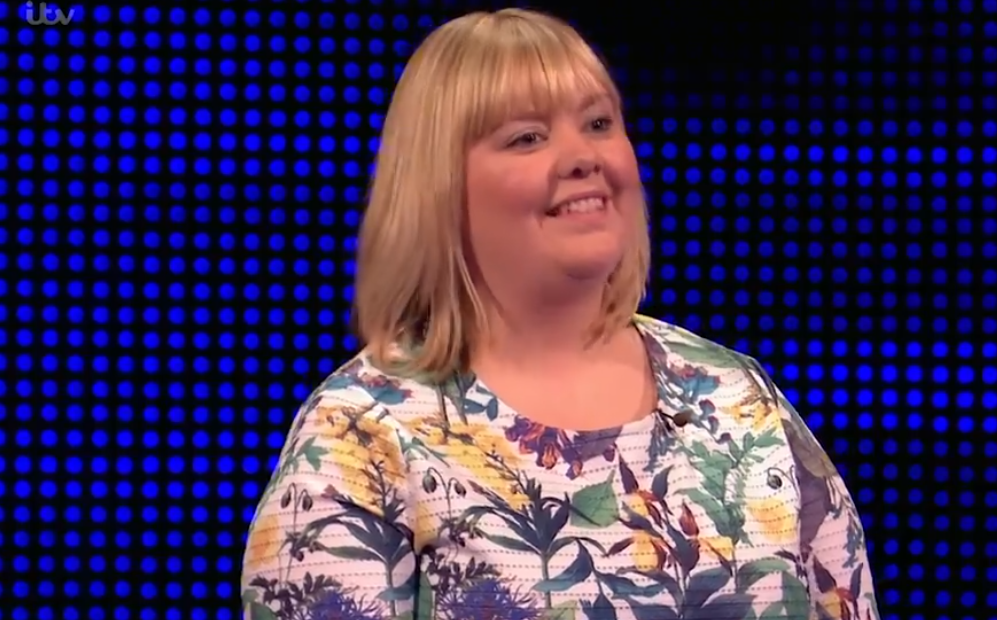 After getting a maths question right, Natalie was confronted with a question about the English language.

Host Bradley Walsh asked: "Which of these is a part of speech in the English language?"

The choices were: "conjunction, interdiction and proposition".

With The Governess hot on her tail, Natalie picked 'proposition', saying: "To propose something is one part of speech, so if you put proposal across, maybe." 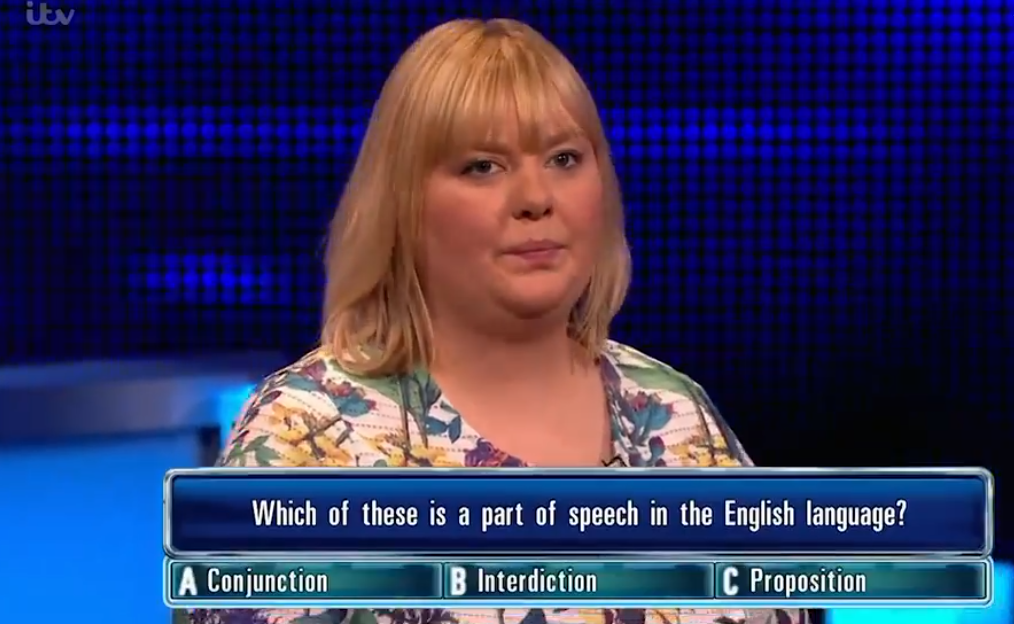 This should have been easy for a language teacher (Credit: ITV)

Modern languages teacher Natalie then suddenly realised she had made a huge gaffe.

It wasn't long after that Anne got the question right, and then explained to Natalie where she had gone wrong.

"The problem is the phrase 'a part of speech' is a technical term," The Governess said.

"It means a noun, adjective, adverb, a conduction, a pronoun, a preposition or an interjection."

With that, poor Natalie was sent packing. 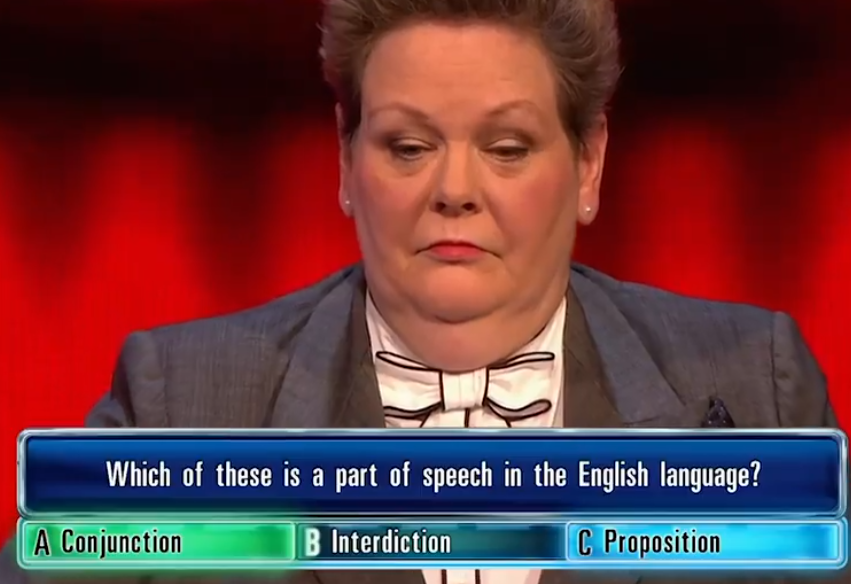 The Governess knew the answer, of course! (Credit: ITV)

Finally, one show fan asked a question many had been asking.

Like this story? Head over to our Facebook page @EntertainmentDailyFix and let us know what you think!