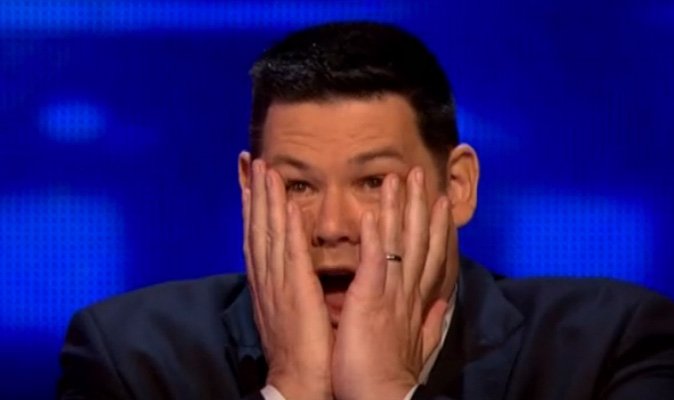 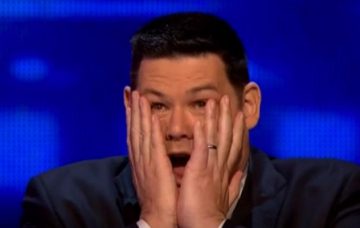 The Chase fans furious as contestant is ‘allowed a second chance’

The Chase fans were treated to an epic final battle last night when Penny, Roddy, Sarah and Linda all took on The Beast for an impressive £46,000 (mainly thanks to Roddy’s “death or glory” approach to his high offer of £36,000).

And while the foursome were able to beat Mark Labbett and go home with £11,500 each, many viewers had some serious questions about how the game was played.

Read more: The Chase fans can’t get over contestant who is ‘spitting image’ of Gemma Collins

They slammed the decision when the 62-year-old contestant was allowed to change her mind after choosing the middle offer.

And people were incredulous when she chose the MIDDLE offer, despite it being so close to the low one.

As fans erupted at home, even chaser Mark slapped his face with his hand in disbelief.

Host Bradley Walsh agreed, adding: “In the grand scheme of things with four in the final it’s a loss of £250 each.”

After a moment’s pause, Linda changed her mind and switched to the low offer of £1,000 – leaving Linda with one step less to get back home, which she made easily to rejoin her team.

But fans weren’t impressed with Linda’s effort, blasting: “What’s going on? Can she change her mind after making decision?”

Another said: “Kind of defeats the object of the show that doesn’t it? #TheChase.”

When people take the low/minus offers then have the nerve to tell others to go high #TheChase pic.twitter.com/FFfaKtiXSU

Kind of defeats the object of the show that doesn't it? #TheChase

This week, Mark Labbett made a very rare mistake of his own when he accidentally spelt the name of famous author Jane Austen wrong.

The chaser better known as The Beast was quickly called up on the error by fans who pointed out that it wasn’t spelt ‘Austin’.

Who is your favourite chaser? Leave us a comment on our Facebook page @EntertainmentDailyFix and let us know what you think!