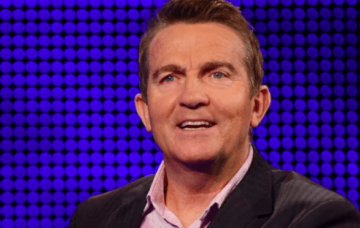 Host Bradley Walsh - and fans - were left stunned by the episode

On Wednesday (30 January), Bradley introduced four strangers who had never met before but were united in one mission – to take on the Chaser and leave much richer…

Read more: The Chase viewers brand female contestant a “snake” and a “coward”

Michael, Ross, Joel and Elizabeth took on Paul Sinha – also known as brainiac The Sinnerman – in the hope of beating him and winning thousands.

And host Bradley Walsh – and fans watching at home – were left stunned when two of the contestants made history.

The two players, Michael and Ross, consecutively won an amazing £10,000 on the cash builder after correctly answering 10 questions each.

This has NEVER been seen before on the ITV show.

After Michael and Ross both managed the impress feat, host Bradley exclaimed: “I don’t remember that happening – ever! First two out of the traps, 10 each.”

Chaser Paul had to agree, adding: “I can’t speak for any of the other Chasers but that’s definitely the first time two players have got two or more.”

This would have to be my favourite team in a long time. All clever, no egos, just really lovely. I’m so pleased they won. No point me applying to be in the show as the team I would want to join has already been on today!#TheChase

Awww could Joel have looked any more relieved at the end getting through? It’s so nice to see genuine joy and not smugness when getting through.
I’m still loving this team!#TheChase

Don’t think I have ever seen 2 people get £10,000 on the cash builder before, impressive that #TheChase

Fans were seriously impressed (for a change!), with one tweeting: “Watched #TheChase again, Michael and Ross! The strongest players I’ve seen to date! Tremendous knowledge and deserved the win! Well done!”

Another said: “Don’t think I have ever seen 2 people get £10,000 on the cash builder before, impressive that. #TheChase.”

Meanwhile, Ross tweeted: “Thanks for having me @ITVChase. Was an amazing experience and have loved seeing the great feedback about the episode! #thechase.”

Thanks for having me @ITVChase Was an amazing experience and have loved seeing the great feedback about the episode! #thechase

Perhaps you won’t be surprised to hear that they won the prize money after getting 20 questions for the Final Chase.

Who is your favourite Chaser? Leave us a comment on our Facebook page @EntertainmentDailyFix and let us know what you think!