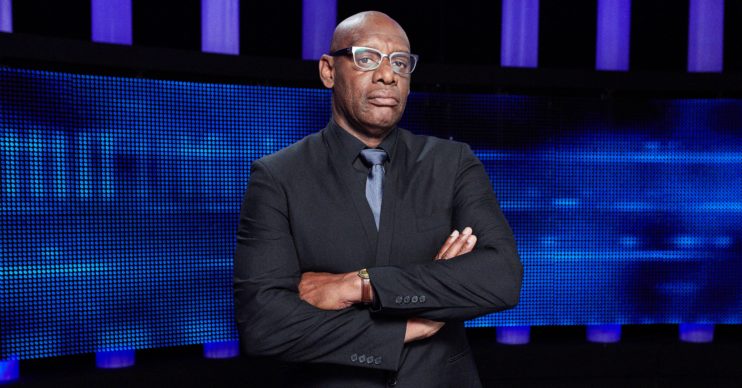 The Chase repeats every weekday afternoon might be thrilling fans, but one person they aren’t doing any favours for is Shaun Wallace.

The Chaser, known as The Dark Destroyer, is having to relive his defeats and last night’s (Wednesday, June 25) was called his ‘most humiliating’ performance yet by viewers.

What happened to Shaun on The Chase?

Many have now called for him to be sacked after failing to catch the team when he needed 17 to win, but only got to 11.

Read more: Samia Longchambon fans say she looks much younger on her return to Corrie

The team took away one of the biggest wins ever – £75k between three of them – after super-contestant Bonny banked £66k in her round.

Shaun explained his defeat: “That was a dismal day at the office at the end of the day and they thoroughly deserved to win.”

Viewers weren’t having it though, and insisted on Twitter Shaun’s time was up.

Humiliating Defeat for The Dark Destroyer.

Shaun should be forced into self-isolation for at least 12 weeks after such a performance. #thechase

Shaun had a mare in that final chase #TheChase

Ffs Shaun needs to be booted off this show #thechase

Shaun in trouble before

It’s not the first time fans have called for Shaun to get the boot – and it seems the target of 17 is a bit of a nemesis for The Dark Destroyer.

Last Month, contestants Geoff, Bill and Clare got through to the final chase against Shaun to play for a cash pot of £14k. They set up a score of 17 for him to beat.

He stumbled at several points, therefore delivering six push-backs for the team, who got all of them right.

In the end, Shaun got just 14, consequently the team walked away with over £4,600 each.

Back in April, another team set up a score of 17 for Shaun to beat, but once again after a series of push-backs, he only ended up with 11 points.

As a result, the three-strong team walked away with an impressive £14,000 between them.

A new Chaser on the block

The show has recently recruited a new Chaser and it’s certainly left some of Shaun’s colleagues unhappy.

Mark Labbett aka, The Beast, told The Sun: “I’m gutted about it, to be honest. We only get paid for when we work so a new chaser means less work.

“There will be a point where I can’t afford to do it any more. I’ll have to go back to teaching.

“Last year, we only filmed half as Bradley Walsh was on Doctor Who and if I didn’t have other work it would be really tough.”

So Shaun really had better up his game with a young gun in town!

The Chase continues tonight at 5pm on ITV.