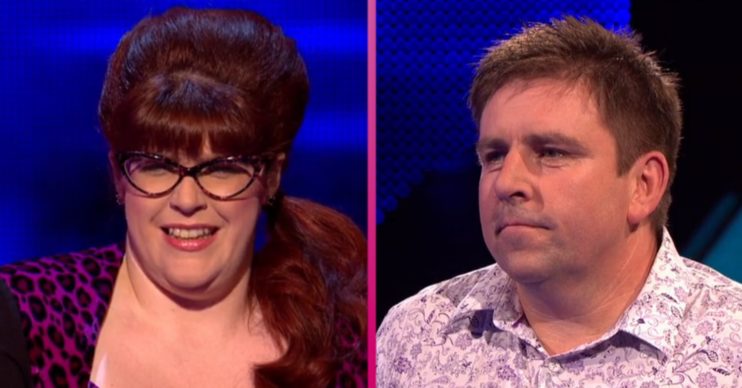 The Chase: Jenny Ryan corrected by contestant over geographical error

The Vixen was the chaser on last night's episode

Jenny Ryan was corrected on The Chase last night as she made an awkward geographical blunder.

During Tuesday (August 25) evening’s repeat episode of the popular ITV quiz show, the first hopeful to step up and try their hand at the cash-builder round was Shaun.

What happened with Jenny Ryan on The Chase?

The 45-year-old, a land officer from the Wirral, explained how he likes to play golf and snooker in his spare time.

When host Bradley Walsh asked what he would do with the prize money if he won, Shaun said he would take his wife Julie to New York for their anniversary.

I’m from the Wirral.

He got an impressive six questions correct in his cash-builder. Bradders asked which of the chasers he would like to face, and Shaun said Paul ‘The Sinnerman’ Sinha.

However, it was Jenny Ryan who stepped into the studio to take him on in the head-to-head.

She greeted him: “Hello, Scouse Shaun.”

“Good afternoon!” the contestant replied. But he had to pick her up on her error, pointing out that he was from the Wirral Peninsula and not Liverpool.

“And I’m from the Wirral,” he told her, bluntly.

The Chase team easily caught by The Vixen

But they set up a score of just 16 for the Vixen to beat. She caught them easily with 23 seconds remaining.

ITV has aired repeats of The Chase all lockdown.

But just recently, Jenny revealed on Twitter that viewers don’t have long to wait until brand new episodes hit their screens.

She tweeted earlier this month: “Only four more weeks of repeats to put up with, keep going everyone! #TheChase.”

Only four more weeks of repeats to put up with, keep going everyone! #TheChase

Jenny’s fans who are looking forward to seeing her on new episodes of The Chase – airing from September – will also get to see her on another ITV show in the not-too-distant future.

The Vixen recently confirmed plans to appear on the rebooted version of Supermarket Sweep.