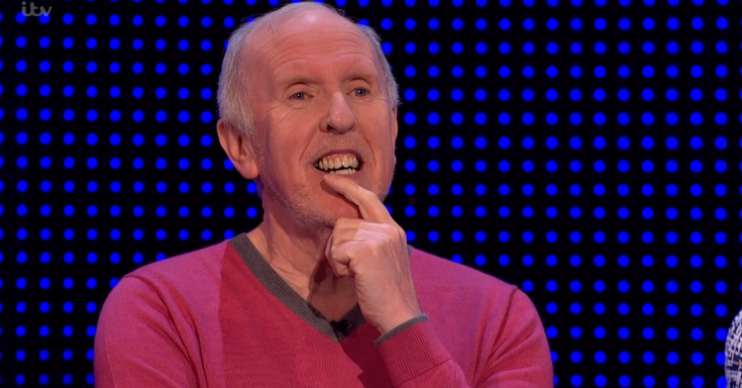 Fans thought he was Bruce's brother

Viewers of The Chase have said a contestant looks like the late showbiz legend Sir Bruce Forsyth.

Julia, Mike, Laurie and Andy appeared on the game show on Thursday, March 26, and went against the Chaser Anne Hegerty – aka The Governess.

The quiz expert managed to beat Laurie and sent her home as Julia, Mike and Andy played in the Final Chase for £14,000.

The team bagged 19 steps ahead of the Chaser but The Governess beat them with eight seconds remaining.

While many fans were gutted for the team, others were distracted by Mike.

Many thought he looked just like he was related to Bruce.

A third tweeted: “Didn’t know Bruce Forsyth had a brother.”

On last night’s show (March 25), viewers mocked Chaser Shaun Wallace – aka The Dark Destroyer – for not knowing the term ‘discombobulate’.

During a round against contestant Lyndon, the pair were asked by host Bradley Walsh: “To ‘discombobulate’ is to do what?”

The answer choices were to dissect, to eat or to confuse.

The correct answer was confuse and Bradley was surprised because neither Lyndon or The Dark Destroyer got it right.

The Chaser admitted: “I’ve never heard of that phrase.”

However, Bradley exclaimed: “Discombobulate?! You’re a barrister. That was lucky.”

Viewers were stunned at the Chaser’s confession and shared their thoughts on Twitter.

One person said: “How’s the Dark Destroyer not heard of discombobulate?”

Another wrote: “Either my knowledge of English is brilliant or Shaun’s and Lyndon’s really isn’t. How can you not know discombobulate?”

A third added: “I CANNOT believe @ITVthebarrister hasn’t heard of ‘discombobulate’, that’s mind-blowing,” and a fourth tweeted: “How can The Dark Destroyer not know what discombobulate means?! It’s one of my favourite words!!”

The Chase returns to ITV tomorrow, Friday, March 27, at 5pm.