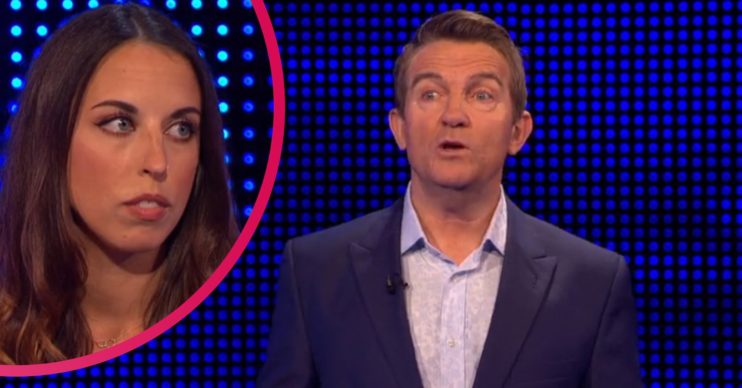 The Chase: Bradley Walsh fans defend his use of the word ‘darling’

It makes some viewers 'uncomfortable'

Bradley Walsh sparked a debate among fans on social media with his choice of words on The Chase.

The presenter and comedian, 60, is seen hosting the popular ITV game show every weekday at 5pm.

What did Bradley Walsh say on The Chase?

As the star of the show, he puts the contestants at ease with his wise cracks and breaks the tension by trading quips with the otherwise formidable chasers.

Brad often calls the female contestants ‘darling’. And while most people don’t take an issue with the word, one viewer watching last night’s (Wednesday, August 5) episode wondered if it was particularly appropriate in this day and age.

The debate saw a number of Bradders’ fans come out to defend him.

One viewer asked on Twitter: “Is it just me who gets a bit uncomfortable when Bradley calls the women ‘Darlin’? #thechase.”

When another asked, doubtful that it even mattered, “Serious question, why?” they argued, “Because they are contestants on a game show… why/how does their gender matter?”

A second Twitter user told them: “Apparently it is just you.”

Apparently it is just you

A third said: “Brad is 60 years old, he has grown up hearing that and using it as a term of endearment. What’s your problem?”

Others pointed out that variations on ‘darling’ were common everywhere, so it was hardly surprising that Brad – born and raised in Leavesden, near Watford – would use the word.

“In Yorkshire everybody [calls each other] ‘love’,” said one.

“In Derbyshire they call each other ‘me duck’,” said another.

Brad is 60 years old, he has grown up hearing that and using it as a term of endearment. What’s your problem? #TheChase

In Yorkshire everybody gets called ‘love’

The website English Live says of the term: “Darling is a word that truly crosses boundaries of class.

“It’s used as a term of affection by the upper classes – ‘I love you, darling’, down to the taxi cab driver on the street – ‘Where you goin’, darlin’?'”

It also offers some insight into the history of the word, continuing: “It’s thought that this term of endearment is really a reworking of dear, from the Old English deorling, becoming deyrling during the 1500s, and eventually darling.”