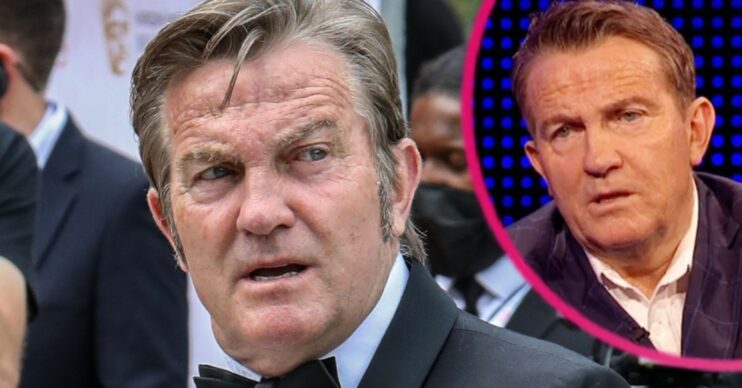 The host takes daily medication to combat the problem

The Chase host Bradley Walsh is a firm favourite on TV screens, but fans may not know that he suffers from a secret health battle.

The 61-year-old presenter previously opened up about the condition on This Morning in 2017.

But what does Bradley suffer from? And how does it affect his work on The Chase?

What did The Chase star Bradley Walsh say?

In 2017, the much-loved star sat down with This Morning’s Ruth Langsford and Eamonn Holmes.

During the chat, Bradley revealed he suffers from blepharitis, which makes his eyes look swollen and red.

Due to the effects of the medical condition, fans often mistake him for being drunk.

I have seriously bad blepharitis

At the time, he shared: “People don’t realise I have seriously bad blepharitis.

“I have to take [one pill] a day for it or I really struggle. I am going to need my eyes operated on at some point to sort it out.

“So many times, people have commented on [how I look]. But they don’t realise. If I take [medication] though, I’m fine.”

Blepharitis mainly causes red, swollen, itchy eyelids and flakes or crusts at the base of the eyelashes.

In some of the worst cases, sufferers can wake up with their eyelids stuck together.

While the condition isn’t particularly serious, it may lead to dry eyes, cysts and conjunctivitis.

Read more: When is The Chase back on ITV? There’s good news and bad news for June 24

However, it can normally be treated by washing your eyelids every day.

According to the NHS website, sufferers can use eye pads, wipes and eyedrops to clean the area.

A local GP can also be contacted in serious cases.

Meanwhile, Bradley also suffered from a health scare that led to him dropping 10lbs.

After his 60th birthday, the actor actor revealed doctors warned him he was something of a ticking ‘time bomb’ and urged him to lose weight.

The quiz host previously told The Sun: “I was a time bomb. I was quite lucky in regards to the calcium test but my doctor said I produce too much cholesterol. It’s a silent killer.”

Bradley’s own father died at the age of 59 from heart disease.

Furthermore, he inherited high cholesterol from his mum.

Following advice from a doctor, Bradley, who weighed 14st 9lbs, lost just under one stone.

He added: “I thought, ‘Oh crikey, I’m gonna be bang in trouble here if I don’t lose the weight and start dealing with this’.”