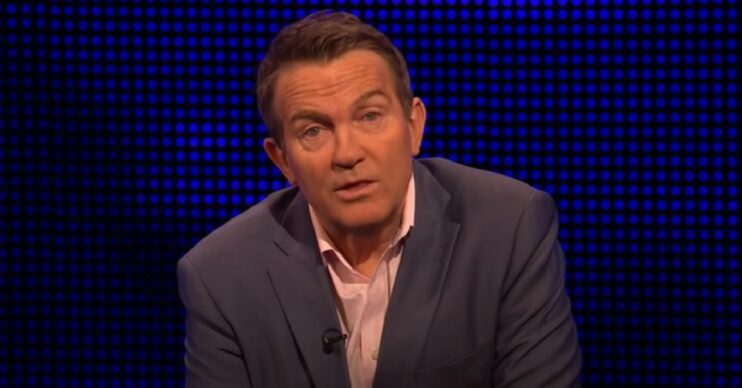 The Chase viewers all had the same complaint to make about Bradley Walsh after last night’s show (Monday, May 30).

Some viewers found themselves getting irritable over the fact that Bradley would stop mid-question when the timer ran out!

What happened on The Chase yesterday?

Last night’s episode of The Chase saw another team of four go up against the Chaser.

The team on yesterday’s show consisted of Chris from Swansea, Sue from South Gloucestershire, Emily from Carlisle, and Callum from Fife.

Chris went up against Anne Hegerty and lost, as did Callum.

Together, Sue and Emily answered 14 questions correctly, giving them a bit of a headstart against the Governess.

However, Anne managed to catch them with 27 seconds remaining – meaning they went home empty-handed.

However, it wasn’t the contestants’ lackluster performance that got viewers talking yesterday.

It was the fact that Bradley would stop mid-question when the timer ran out. The 61-year-old wouldn’t give the correct answer to a question if it was past the timer either  – something which massively got on viewers’ nerves!

They also didn’t like that he cut contestants off too when the timer ran off.

“Why doesn’t Brad give the answer to questions when he runs out of time?” one viewer asked.

“Really bugs me when he stops mid-question. I NEED TO KNOW BRAD,” another said. “Plus it’s a bit mean cutting players off lol.”

“Why doesn’t Brad give the answer to questions when he runs out of time?” another asked.

“Or when he cuts off the last question running out of time! I’ve always wanted him to at least finish it and tell us the answer a few times and have been left annoyed cause of that (cause am a nosey [bleep]!” someone else replied.

The Chase wasn’t without incident last week either.

On Thursday, Paul – a retired teacher – stunned viewers when he revealed that he was 61, despite being very youthful-looking.

The day before, another contestant got viewers talking because he looked like a number of celebrities.

Others compared the contestant to Doc Brown from Back to the Future and William Shakespeare!