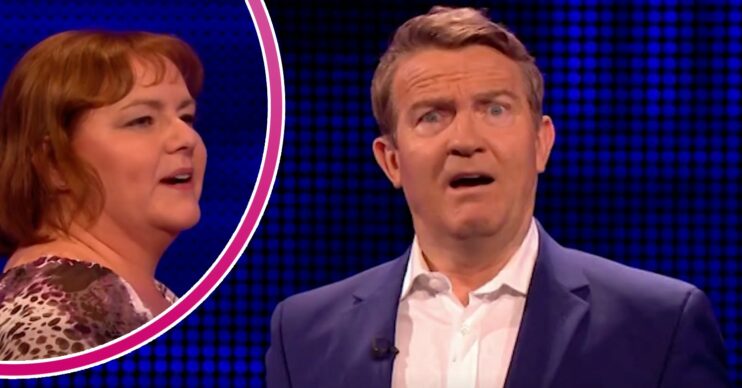 The 62-year-old host was adamant that there was no flirting between himself and Anne Hegerty, despite contestant Lorraine thinking otherwise.

Bradley Walsh accused of flirting on The Chase

A contestant on last night’s edition of The Chase managed to get under Bradley’s skin after accusing him of flirting.

Lorraine, a 48-year-old clerical officer from Belfast, was first up to the plate – and managed to leave quite an impression on Bradley.

After picking up £7,000 in the cash builder round, Lorraine went on to face the Chaser.

Read more: The Chase: Bradley Walsh’s response to complaints about how fast he reads the questions

“Right, now time to face The Chaser, who are we taking on today?” Bradley asked her.

He then went on to reel off the options available to Lorraine.

It was at this point that Lorraine decided to have a bit of fun with Bradley.

But there is there’s chemistry c’mon.

“I think maybe Anne but the flirting between you two might be a bit embarrassing but…” she joked.

The audience then burst into laughter, and Lorraine couldn’t help but laugh either.

“But there is there’s chemistry c’mon,” she said.

“There is not Lorraine!” he protested, before introducing the Beast, aka Mark Labbett.

What happened next on The Chase?

After teasing Bradley, Lorraine went up against The Beast to try and successfully walked away with £7,000.

Next up was Keisha, who picked up £3,000 in the cash builder round. She too was succesful in evading The Beast.

After Keisha was Stu, who won £7,000 in the cash builder, however he was caught by The Beast.

Keisha and Lorraine went into the Final Chase with £10,000 to play for. They managed to get a 12 point headstart over Mark.

However, The Beast managed to catch them with 28 seconds remaining.