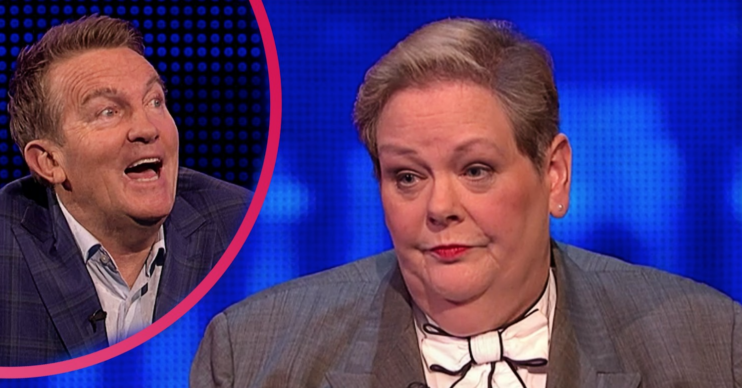 The Governess was in the hot seat as a Chaser, but fans were distracted by a much shorter hair ‘do.

Anne Hegerty on The Chase

Anne, 63, normally sports her trademark full, coiffed hairstyle, but yesterday she stunned everyone.

Instead, she strode onto The Chase set with new, much shorter, pixie ‘do.

And Bradley was quick to notice.

However, Anne’s new look didn’t stand in the way of her quizzing ability – in the final chase she caught the team of three with 18 seconds to go.

Anne is looking good with the new haircut. #thechase

How did viewers react to Anne’s new look?

And there were plenty of positives, too.

Another said: “Anne is looking good with the new haircut.”

Earlier this week, Anne supported fellow Chaser Mark Labbett as he asked fans to direct all complaints about the show to the production team.

The show returned from its summer break this week with all new episodes.

However, some viewers complained they weren’t really new at all and filmed last year.

As Mark set the record straight, Anne said: “Well, if Twitter is anything like Facebook, I’m guessing people are saying it can’t be ‘new’ if it was filmed last year.

“Because apparently everything they ever buy was made in the last week.”