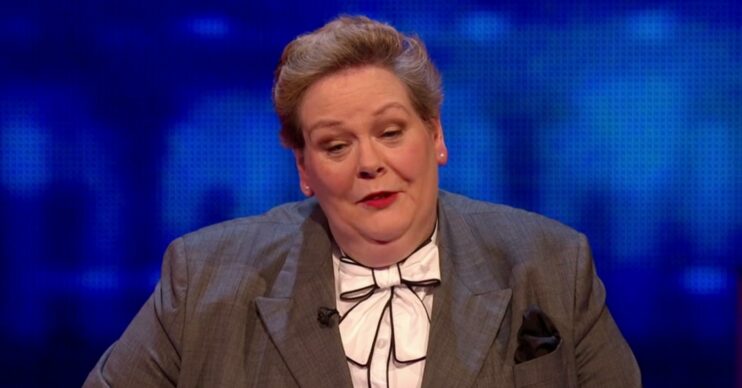 The show will take a deep dive into Anne's family history

The Chase star Anne Hegerty has revealed the “terrible” reason her mum told her not to look into their family tree.

Anne, who appears as The Governess onThe Chase, is set to learn more about her family’s past in the new series of DNA Journey on ITV.

The Governess, aka Anne, is set to learn more about her family’s past in the upcoming series of DNA Journey.

The 63-year-old, along with fellow The Chase star, Shaun Wallace, will be delving into their respective family trees together in the new series.

Read more: The Chase: Anne Hegarty ‘shut down’ by producer over outfit choice

In the episode, which airs tomorrow night (Tuesday, April 5), Anne will find out that she’s related to royalty.

However, Anne has revealed that her mum didn’t want her to look into her family history when she was growing up.

“I did know a fair bit about my family. There were certain mysteries I wanted sorted,” she told The Sun‘s TV magazine about doing the show.

What did The Chase star Anne Hegerty say about her family tree?

Anne then said that there were things she did and didn’t know about her family.

She said that even with the things she did know, she wanted to learn more about them.

“As a child, I was always curious about this stuff and my mother was always very repressive and: ‘No, no, no. Nobody needs to know about their family tree,” she said.

Anne revealed that she thinks her mum didn’t want her digging because there’s “quite a bit of posh” on her mum’s side.

She said that her mum probably didn’t want her to grow up to be a “terrible snob” if she found out about the poshness in their family.

However, Anne joked that she already is a “terrible snob”, meaning her family tree has nothing to hide.

What else did the star say?

Anne then went on to say that despite her mum’s apprehension about looking at the family tree, she’s looking forward to sharing her findings with her.

“My mum’s suffering with dementia so she can’t appreciate… So what myself and my brother are going to do is go to the home and watch it with her,” she said.

She also revealed that her dad’s side of the family was very excited for her to learn more. They provided her with photos, only for Anne and the DNA Journey team not to look at her father’s side.

Anne and Shaun are on DNA Journey together tomorrow (Tuesday, April 5) at 9pm on ITV and ITV Hub.

So will you be watching DNA Journey? Leave us a comment on our Facebook page @EntertainmentDailyFix and let us know.