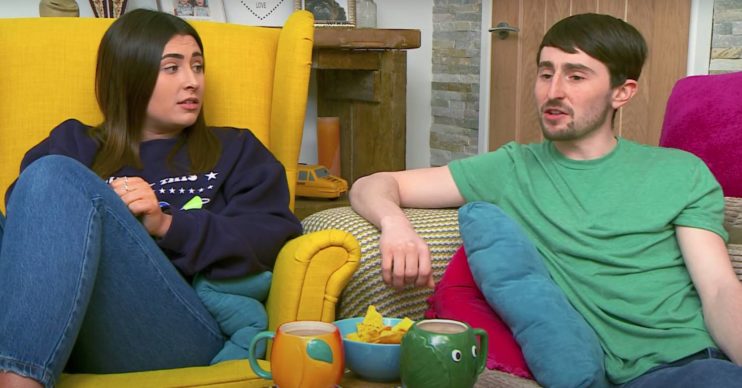 Gogglebox fans were unimpressed to see their favourite cast members enlisted in an advert for the Census last night (March 19).

The likes of the Sandifords and the Siddiquis featured in the first commercial break of the show.

Some of those watching at home didn’t seem to realise at first that the four-minute ad wasn’t part of the programme.

But others expressed dismay at how the much-loved Channel 4  characters were involved in what viewers called “Government work”.

Gogglebox viewers on the Census advert

“I love Gogglebox but what the hell is this Census advert?” one Twitter user asked.

Another pondered: “Am I watching Gogglebox or an advert for the Census?”

And a third viewer admitted: “I didn’t get that the Census bit on Gogglebox was a bloody advert for it.

“I wondered why it went on for ages with many references to how easy it is to fill in.”

Stars such as Jenny and Lee explained how the form can be filled in online as well as in paper form.

It was also mentioned how households could face a fine of £1,000 if the Census 2021 is not completed by this Sunday (March 21).

However, some observers were not happy about the likes of Stephen and Daniel becoming “influencers for the Government”.

Gogglebox cast ‘working for the government’

“Gogglebox has just turned into a Government advert for the Census,” wrote one person.

“All sitting around talking in a very obvious way about how ‘easy’ and ‘how important’ it is. And using the word Census every two seconds.”

Someone else contributed: “What on earth is this advert for the Census on Gogglebox?

“The main selling point of this show is that you’re watching normal, relatable people and now they’ve turned them into influencers for the Government? Gross gross gross.”

And another person raged: “[Blank] the Government for using the sacred Gogglebox to push the Census.”

Others were disappointed the couch potato critics were called upon at all.

One person sighed: “I usually love Gogglebox, admire the freedom they seem to have to pretty much say what they like. But really disappointed that they used tonight’s episode to ram home the message about completing the Census.”

I usually love Gogglebox but really disappointed that they used tonight’s episode to ram home the message about completing the Census.

Another echoed: “Disappointed in the Census advert by Gogglebox stars. Makes me wonder how impartial they are. Seems everyone has a price.”

And a third wondered: “Is it just me or does anyone else think this advert for the Census using the Gogglebox families is a mistake and plays into the hands of those that think the show is scripted?”

Or was the ad a marketing masterstroke?

However, not everyone was so downcast about the broadcast.

And another claimed: “Gogglebox doing an advert for the Census 2021 is marketing genius. Seriously.”