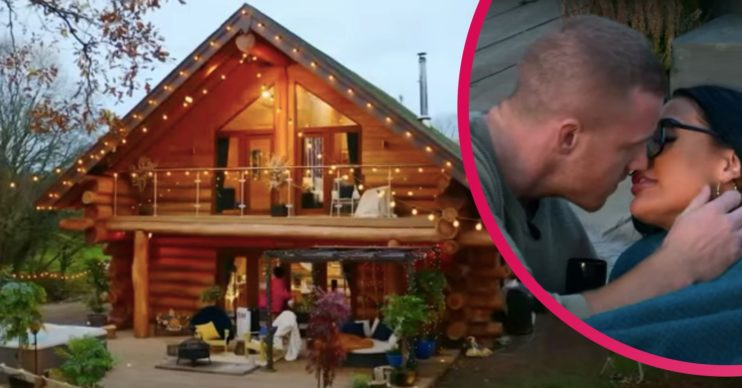 A cross between Love Island, Dinner Date and Love Is Blind

The Cabins is coming to ITV2 and the brand new trailer has just dropped!

Six singletons will be taking part in the steamy reality series, which has been tipped as a cross between Love Island, Dinner Date and Love Is Blind.

In the clip, one blonde girl states: “I want to be a Bag For Life. I do not want to be your standard plastic bag.”

What happens on ITV2’s The Cabins?

She, along with the other five contestants, will be paired up for a blind date.

But the date will last a whopping 24hrs and behind the doors of an intimate log cabin in the woods.

A voiceover explains: “Dating just got a reality check. Six singles. Three cosy cabins. And just one catch; they’ve got to move in together on the first date.”

Scenes of water fights, dancing and even kissing then play out.

If the pair find they like each other, they can spend more time together.

But if they don’t get on, they can ‘check out’ of their log cabin.

Each of the three cabins has games, romantic seating areas and a hot tub.

There are also full cooking facilities, so the pairs can rustle up some romantic meals during their 24-hour date.

Expect plenty of booze, fairy lights and candles, too!

What has ITV2 said about The Cabins?

Paul Mortimer, ITV’s Head of Digital Channels and Acquisitions, previously said: “This is a fantastic new format which challenges young people to delete the apps and attempt to date face-to-face, with no distractions.

“We’re thrilled to be bringing this show to ITV2 viewers who will have front-row seats, eavesdropping on our couples as they attempt to find true love.”

When does The Cabins start?

The Cabins will kick off on ITV2 on Monday, January 4 and telly fans are already excited.

One tweeted, “Can’t wait!” and another added: “I really hope there are couples that hate each other and have to stay in there together!”

Read more: Will I’m A Celebrity stay in Wales in 2021? Show boss hints at UK location for ITV reality series

The Cabins is based on an ITV format and international versions of the series have already been produced.

It has proved particularly popular in The Netherlands, which has already seen more than 200 episodes under the title Let Love Rule.

Will you be watching The Cabins? Leave us a comment on our Facebook page @EntertainmentDailyFix and let us know!