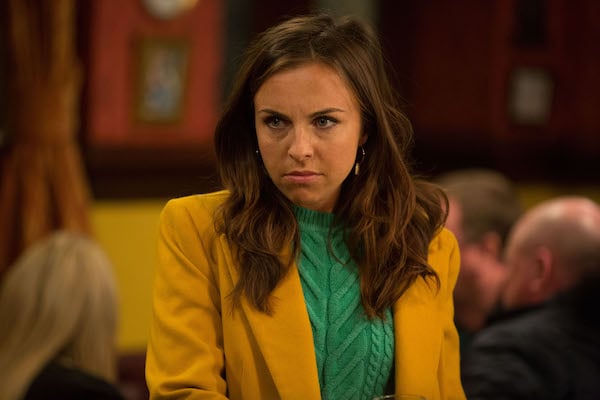 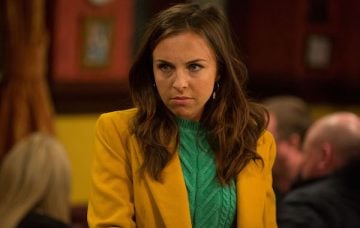 Hooked on Ruby’s rape ordeal, the whole episode took place in the Queen Vic where Walford residents mulled over some big topics.

Martin and Stacey rowed when Mr Fowler turned up in the pub with Ruby’s rapists, Kush got offended by Denise’s opinions, Ian annoyed everyone, Linda gave Ruby a shoulder to cry on, and Kat got drunk in the corner.

But it was the start of the episode that really got everyone talking. The programme opened with one long sweeping shot through the pub.

There was no dialogue really, just background music, and most of the shot was in slow motion.

Linda dropped a copy of the Walford Gazette on to the bar, featuring the story about the rape on the front page. Phil picked it up, and the conversations began.

It was a bold – but slightly odd – way to start the episode, and not everyone liked it. 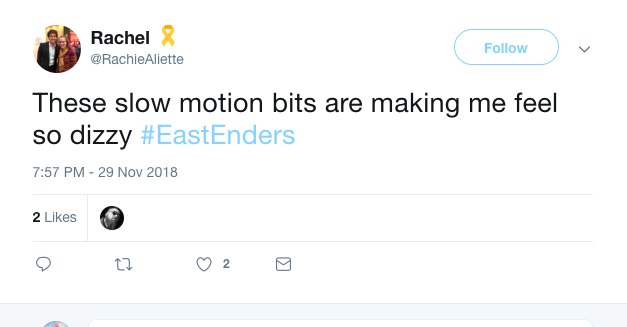 “These slow motion bits are making me feel so dizzy,” complained one viewer. 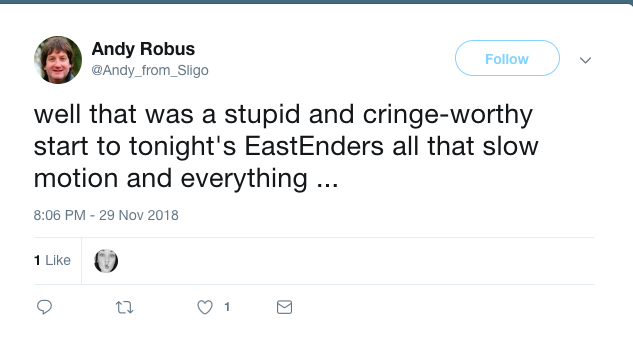 Another complained it was “a stupid and cringe-worthy start to tonight’s EastEnders.”

And another confused fan simply asked: “Why’s EastEnders got music on and in slow motion?”

But lots of viewers thought the different way the show started was clever and worked brilliantly.

“I love the slow motion start – something different,” said one pleased fan. Another agreed: “I am loving how the episode started with the slow motion.” 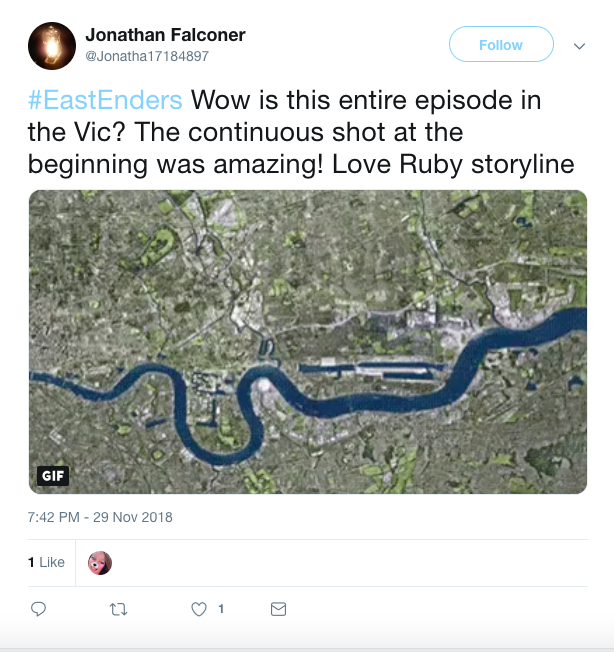 And another pleased viewer gushed: “Wow is this entire episode in the Vic? The continuous shot at the beginning was amazing!”

What did you think of the strange beginning to the episode? Let us know by commenting on our Facebook page @EntertainmentDailyFix!