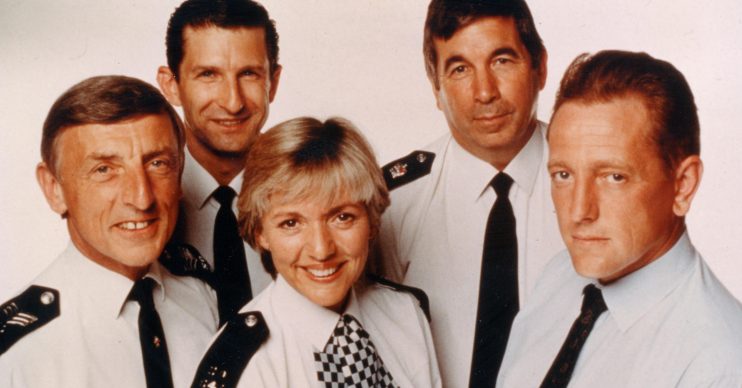 The Bill return speculation has reached fever pitch this week, with reports the ITV show WILL be rebooted.

According to The Sun, UKTV is “in the early stages of developing a new version” of the police series, which aired from 1983 to 2010.

Two reboots are rumoured to be hitting screens in 2023.

Well, about time too – we’ve been banging on about a comeback for years.

And here are five reasons why it’s time to take us back to the mean streets of Sun Hill.

1. The theme tune and closing credits were legendary

We’re not talking about when they revamped it in the noughties and changed everything.

We’re going old school, with the classic theme tune over the closing credits as two police officers plodded along side by side.

It was epic, legendary and iconic. The comeback is worth it just for this.

Step aside Phil Mitchell, Jim Carver might just be battling you for your crown of ‘best alcoholic acting in Soapland’.

The stories The Bill put out during its twice-weekly outings were gritty, they felt real, and the characters were instantly relatable.

From Jim Carver’s drink problem, which saw him almost lose his job before he managed to overcome his demons and return to the team, to the Don Beech scandal and the Burnside era, every story had us gripped.

The realism even went so far as to use authentic police uniforms, which meant the production team had to lock the clothes away in secure conditions to stop them getting into the wrong hands.

According to the UKTV Drama website, when the show finished in 2010, the Metropolitan Police had to buy all the uniforms, including stab-proof vests for the same reason.

3. It would definitely reflect the crime rates today

There’s so much crime going on in real life, especially in London where The Bill was set, there would be even more stories to tell today.

The face of crime has changed considerably since The Bill finished in 2010.

The Office for National Statistics shows over 600 homicides in England and Wales in 2021. And over 46,000 knife-related crimes. And over 1.8million violent offences.

So, what better time to educate the public and show them exactly what the police force does than with a long-running drama show like The Bill?

Police dramas these days run over six or eight episodes and tell the story of one crime.

The beauty of The Bill would be that it could tell all sorts of crime stories all at once, encapsulating everything that’s going on in the country at the moment.

Most of them have gone off doing other things, but we’re sure they could be persuaded to at least pop up in a rebooted The Bill.

Trudie Goodwin (June Ackland) was in Emmerdale for a time as Georgia Sharma, but she hasn’t been seen since 2015. She’s also appeared in an episode of Casualty.

Chris Simmons, who played DC Mickey Webb and memorably portrayed a heartbreaking male rape storyline during his time on The Bill, flashed up in Hollyoaks as evil far-right gang leader Stuart Sumner.

Scott Maslen, who played DS Phil Hunter, is of course now in EastEnders as Jack Branning. Get him back in The Bill, it’s not that far a gallop across East London!

And given Sun Hill had some of the best-looking officers over the years, we wouldn’t say no to watching them don their blue uniforms once again!