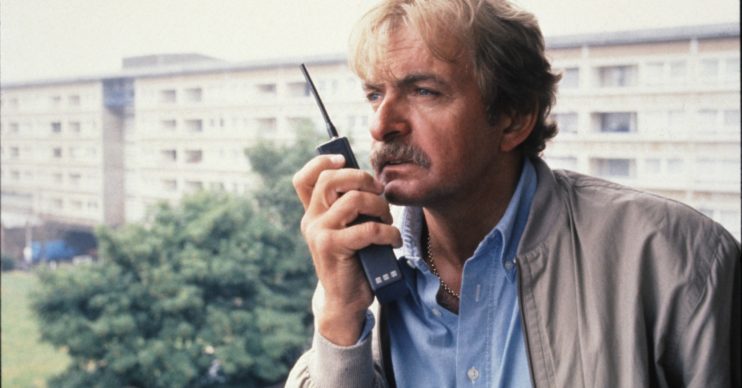 The actor played Ted Roach for over nine years

He also starred in Flash Gordon, Evil Never Dies and The Waking Dead.

His cause of death has not been confirmed, but it was revealed in a Facebook tribute from a fan of the actor.

“Damn, damn, damn! I’ve just learned from Mark Wingett of the passing of a wonderful actor and dear colleague of his.

“Tony Scannell played DS Ted Roach on The Bill for nine years from 84-93. Any episode that had him in it would have me fixated on the TV… I had a very bad case of a young girl crush on Ted/Tony. He was a bit of alright in my books (despite the fact he was literally three months younger than my dad!).

“When Tony retired Ted in 1993 I was gutted! I developed a unreasoning dislike of the new DS John Bolton (Russell Boulter) and ground my teeth every time the ‘holier than thou’ Inspect Andrew Monroe (Colin Tarrant) who caused Ted to quit, came on the screen.

“It took me more years than I care to admit (And meeting Russell, Mark and Hew Higginson) to rid myself of those daft feelings

“Ted was such a dynamic character, and although I never did get to meet him, I’m sure Tony was just as amazing… and his memory will be cherished by his loved ones and friends all.

“Vale Mr Scannell! And thank you!”

Tony Scannell in The Bill

Tony played Ted Roach from 1984 until 1993 when he quit Sun Hill police station.

He returned briefly as a private detective in 2000 and starred alongside Paul O’Grady (as Lily Savage) as a snout named Roxanne.

Irish actor Tony was born in Cork in 1945 and his dad was a goalkeeper for the Republic of Ireland.

Tony was also said to be a talented musician who played keyboard.

Tributes have poured in on social media for the star.

We have sad news, Tony Scannell who played D.S. Ted Roach has left us at the age of 74.
We send our love and prayers to Mr Scannell’s family, friends and colleagues of Tony Scannell at this time.

He will forever stay in the fondest memories of #thebill worldwide. pic.twitter.com/4jn9l7dQRP

Today we must share some very sad news with you. We send our love and condolences to the family, friends and colleagues of Tony Scannell. Such a talented actor his portrayal of Ted Roach was legendary, he will forever stay in the fondest memories of #thebill fans worldwide. 💕 https://t.co/t5Mb9QUezF