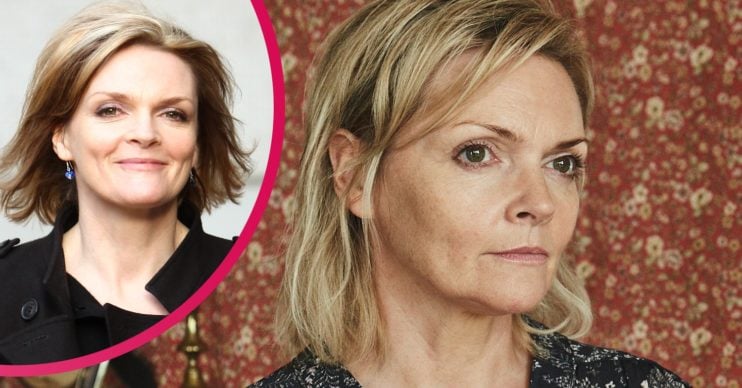 Rose in The Bay is played by Scottish actress Sharon Small.

She might be a familiar face to viewers, as her acting CV includes parts in Death in Paradise and Downton Abbey.

Read on to find out more about the star of the ITV drama and her other roles.

Who is The Bay actress Sharon Small?

Sharon is an actress from Glasgow and she has two teenage sons, Zac and Leo.

Her partner is a photographer named Dan Bridge.

In The Bay, she plays Rose Marshbrook, wife of Stephen Tompkinson’s character Stephen Marshbrook, who was brutally murdered in front of his son at the family home.

Sharon’s role as Rose Marshbrook in The Bay

So far in the series, viewers have seen a distraught Rose struggling to come to grips with her husband’s death – and the impact it’s had on their son, the only witness to the crime.

In the first episode, someone posing as a courier asked for Stephen while he was enjoying a party with his family – and shot him at point blank range when he came to the door.

Sharon once revealed that Hollywood star Sally Field inspired her to pursue a career in acting.

There also isn’t a huge number of parts for women my age, so you have to take what you can.

She said, in a chat with The Express in 2015: “Sally’s been an inspiration. I was about 14 when I first saw her playing a young woman with multiple personalities in Sybil and I remember thinking, ‘How does she do that? I want to do that and portray different lives’. Acting is all about being in a different universe.”

During the same conversation, she said of her career: “You’ve got to keep on working… There also isn’t a huge number of parts for women my age, so you have to take what you can.

“I don’t want to moan about it, but there’s a pond of really fantastic actresses from the ages of 45 to 60 that are all going for the same roles.”

What else has Sharon Small been in?

Sharon was in an episode of BBC crime drama Death in Paradise.

She appeared as Dorothy Foster in series three, which aired in 2014, back when Kris Marshall played DI Humphrey Goodman.

Sharon was also in Downton Abbey. Fans of the beloved period drama might remember she played Marigold Shore, lady’s maid to the Earl of Grantham’s sister, Rosamund Painswick (Samantha Bond).

More recently, Sharon was in medical thriller Trust Me, playing a character called Brigitte Rayne in the first series in 2017.

What do you think of Sharon Small playing Rose in The Bay? Leave us a comment on our Facebook page @EntertainmentDailyFix and let us know.