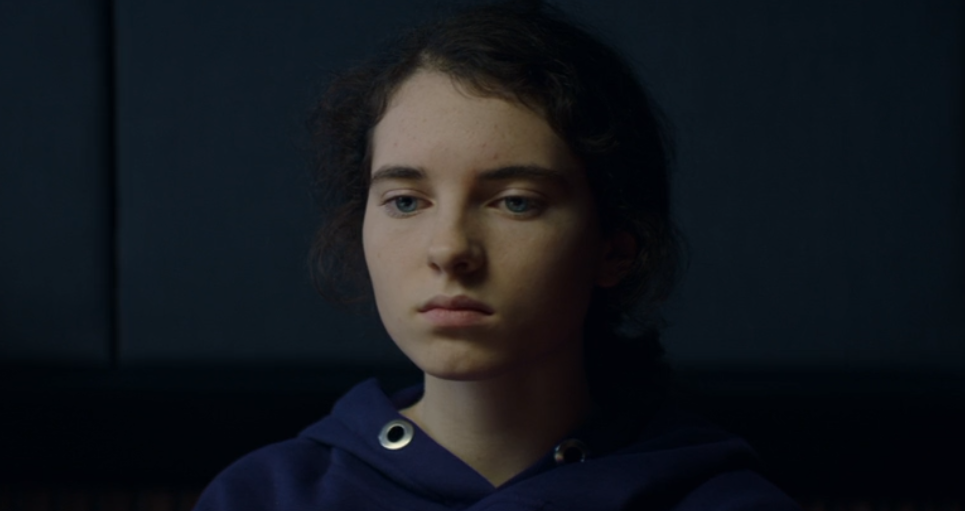 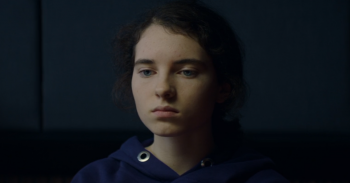 Who was behind the dangerous online game? And why Holly was hiding?

ITV crime drama The Bay concluded last night, finally revealing the father of Holly’s baby, the identity of the killer and the Morecambe drugs boss.

In the closing episode, Lisa (Morven Christie) discovered her daughter Abbie’s (Imogen King) connection with drug dealer Vincent (Adam Long) and, after snooping around the building site where he works, spotted a major stash of drugs and had him arrested.

Pregnant teen Holly (Darci Shaw), who was still in police custody under suspicion of murdering her twin Dylan, remained tight-lipped about the identity of her secret lover.

Police put out a press release saying they’d arrested a 15-year-old on suspicion of murder in the hope of getting her man to come forward, although they weren’t expecting to hear anything.

But an anonymous call was made to police protesting Holly’s innocence, and when coppers traced the call it turned out to be Abbie’s school friend, Sam (Louis Greatorex).

He confessed everything to Lisa – that he got Holly pregnant and planned to start a new life with her in Manchester.

Sam also revealed that he killed Dylan, albeit by accident, when he tried to stop them from going away.

It appears many viewers were left feeling disappointed with the way the series wrapped, feeling it left a number of apparently crucial questions unanswered and failed to satisfactorily tie its web of sub plots.

One said on Twitter: “That was a unsatisfactory end to #TheBay. Weak twist at the end. Questions hanging: What happened to Vincent? Why was that story arc so prominent? Why was Sam’s dad so cagey, did he know what happened? Who put the body in the sea?”

Another wrote: “Who moved the body? Why did Holly hide? From Sam? Who was behind the online dare game and what was the point in the drug storyline? Very disappointing, surely there has to be another series?”

Someone else tweeted: “The biggest mystery in #TheBay for me is why Lisa’s son Rob was doing the weird dares?! Seems like a pointless addition to the storyline, poor Carol Jackson off of EastEnders got the extra stress for no reason!”

A fourth commented: “Still confused over how Dylan’s body ended up in the sea, and who put Holly in that hideout for so long? Did I miss something?

A fifth said: “What a rubbish ending to #TheBay. So many unanswered questions.”

That was a unsatisfactory end to #thebay. Week twist at the end.

Qs hanging – what happened to Vincent. Why was that story ark so prominent?
– why was Sam's dad so cagey. Did he know what happened?
– who put the body in the sea?

Who moved the body? Why did holly hide? From Sam? Who was behind the online dare game and what was the point in the drug story line? Very disappointing surly there has to be another series ? #TheBay

The biggest mystery in #TheBay for me is why Lisa’s son Rob was doing the weird dares?! Seems like a pointless addition to the storyline, poor Carol Jackson off of Eastenders got the extra stress for no reason!

Have I really just wasted my time when all it was was a girl running away with her boyfriend who punched her brother? 🤔 #TheBay

Did anyone else watch #TheBay ?? I’m actually raging that I spent 6 WEEKS watching that for that ending!! Plus so many in answered questions!?

@_DanielRyan The Bay, absolutely brilliant! Is there going to be another one? If not, what are you doing next?

#TheBay Didn’t expect THAT! Loved it, well done all ❤

#TheBay finale last night was fantastic. Can’t remember the last time I was so invested in a TV series!

In one of episode six’s closing scenes, we learned that Sam, Sean and the twins’ uncle Ryan (Philip Hill-Pearson) were all set for prison time, while police decided not to pursue charges against Nick (Matthew McNulty) for withholding information.

Read more: The Victim viewers in ‘floods of tears’ after “utterly heartbreaking” finale

But unless there’s a second series, it seems we’ll never know for definite who moved Dylan’s body, who was behind the dangerous online games, or even why Holly was hiding away.

“From the get-go, when I started working on this with [production company] Tall Story and we started to build the idea, it was always conceived as a show that could return, because it has at the heart of it a family liaison officer going into a family at a time of crisis.”

However, he also revealed: “The fact that we’ve got the family of the victim, and Lisa’s family, and the police – if we are lucky enough to get another series, then those are roles we will continue to explore. But there will be new families, and new stories.”

All that suggests a potential series two might not answer the questions fans want.

A representative for ITV told ED! there is currently no news on whether a second series will happen.

What did you think of The Bay’s final episode? Leave us a comment on our Facebook page @EntertainmentDailyFix and let us know.