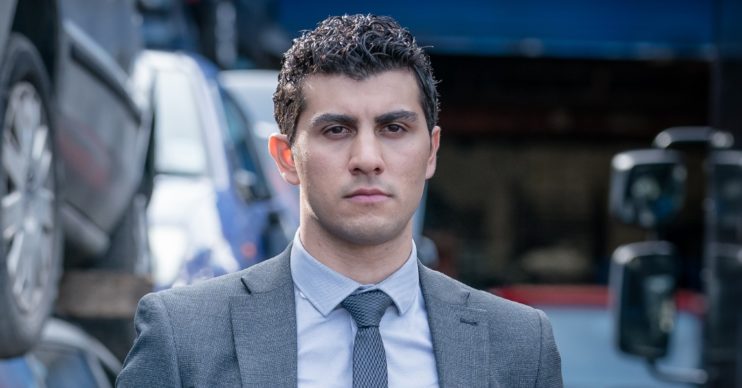 The Bay: What else has Med actor Taheen Modak been in?

Here's everything you need to know about the actor...

Actor Taheen Modak stars as DC ‘Med’ Kharim in ITV drama The Bay, but what else has the actor been in?

And where is he from?

Here’s everything you need to know about the up-and-coming actor.

Taheen is a relative newcomer to acting, compared to some of the showbiz heavyweights he stars opposite in The Bay.

His first ever TV role was as The Boy in 2018’s Beyond the Blade.

After that, he was lucky enough to win the coveted role of Med in the ITV series.

What else has Taheen Modak been in?

After his first TV role in 2018, Taheen portrayed Musa in 2019’s Doggerland, a short film about an illegal immigrant who takes on an underground driving job with an unknown cargo to gain UK citizenship from his criminal employers.

Taheen then went on to portray Zaim Jabara in the TV series Van der Valk opposite Marc Warren.

In 2020, you might have seen Taheen as Jake in Ruthless, Jay in Two Weeks to Live and Vinny in Five Dates.

The first series saw him begin as a newbie Family Liaison Officer under his superior Lisa Armstrong.

Read more: Who did Thomas Law, who plays D.C Eddie Martin in The Bay, portray in EastEnders?

Who does Taheen Modak play in The Bay?

But Lisa struggles to work under the man she trained up.

Med is full of genuine concern for the families he works with, and strives to perform as best he can.

But, without Lisa’s experience, he’s still prone to making mistakes.

However, in this complex case, Med goes beyond what’s required of him to uncover the truth to seek justice.”

What will we see Taheen in next?

Rising star Taheen can be seen in the short film K&J as Mustafa.

He will also appear as Mike in the upcoming LondonBoys.

LondonBoys follows a man who has battled with his mental health since he was a teenager, something he’s kept hidden inside.

The character is pushed to his limits and tested in a way that threatens his entire family.

It’s not known where Takeen was born, although he studied at the Bristol Old Vic Theatre School.

On the casting website Spotlight, it says he can play any character from an Indian, Middle Eastern or mixed race background.

His page also tells us that he is six foot one.

How old is Taheen Modak?

Taheen’s age is not yet known.

However, his Spotlight page tells us he can portray anyone between 18 and 25.

The Bay episode three airs on Wednesday February 03 2021 at 9pm. All episodes are available on ITV hub and Britbox.

Are you enjoying The Bay series two so far? Leave us a comment on our Facebook page @EntertainmentDailyFix.