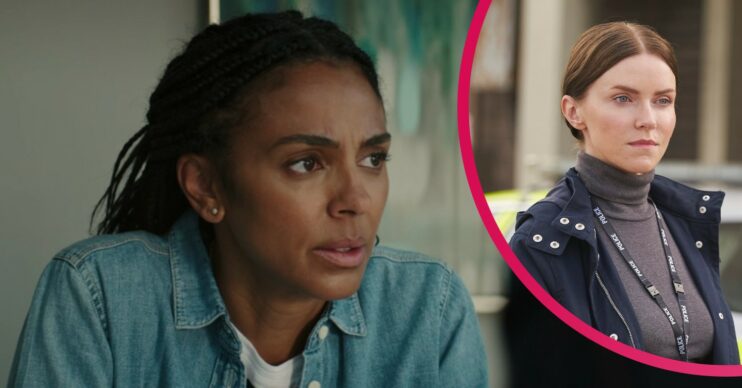 The six-part drama is almost over!

Viewers of the ITV drama The Bay all had the same complaint after the latest episode of the show aired last night (Wednesday, February 9).

The third series is hurtling towards its ending, and viewers are gutted that it’s coming to an end next week.

What happened on ITV’s The Bay last night?

Things are definitely hotting up as the third season of The Bay hurtles towards its conclusion.

The penultimate episode of the six-part drama aired last night, and viewers are really not ready for it to end yet.

The third season of the show follows new recruit DS Jenn Townsend as she attempts to solve the murder of a young, aspiring boxer in Morecambe.

Read more: The Bay episode five: Five burning questions we have after watching like where did Jenn get her pink coat?

Last night’s episode saw Jenn on a desperate search for her son, Connor, who vanished at the end of episode four.

Elsewhere, Kareem, Saif’s uncle was arrested. The penultimate episode then ended on a shocking cliffhanger, leaving viewers hardly able to wait for the next episode.

Why were viewers complaining?

With the series finale just around the corner, viewers were left both excited and disappointed. Many couldn’t wait to get answers to their burning questions, whilst others were gutted that there wouldn’t be anymore episodes after next week.

“Don’t want The Bay to end after next week,” one viewer tweeted.

“Can’t believe next week is the last episode,” another said. “It goes so quick!”

“Can’t believe it’s the penultimate episode of The Bay tonight, what a series it has been so far, don’t want it to end, hope there is a series 4!!” a third said.

“I’m very excited for #TheBay finale next week but sad too it’s over. More please @ITV,” another wrote.

What else were viewers saying about The Bay on ITV?

There was plenty of praise for The Bay online following last night’s episode.

“Superb writing in #TheBay. Some beautiful scenes,” a third wrote.

However, not everyone was as convinced.

“The Bay is nowhere near as good as it used to be!” one viewer declared.

“They want to drag it out for another week, tedious comes to mind. Maybe Sheridan Smith will solve it,” another joked.

The Bay continues Wednesday, February 16 at 9pm on ITV. You can also binge the whole series, including episode six, on ITV Hub now.

Are you gutted The Bay series three is ending? Leave us a comment on our Facebook page @EntertainmentDailyFix and let us know!