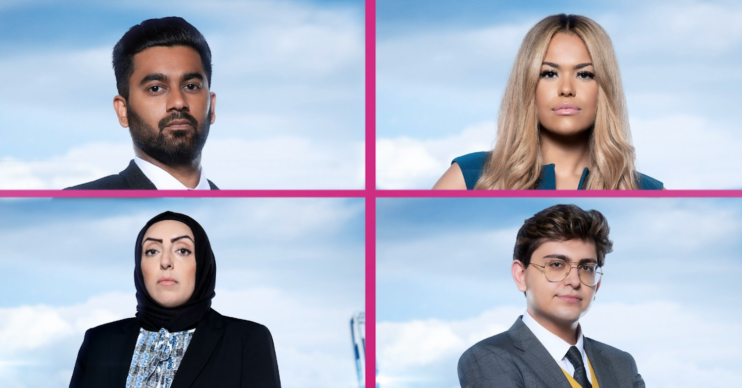 The Apprentice: Who’s going to go early? Who will we love to hate? Meet the full list of candidates

What do we make of this bunch?

The new series of The Apprentice is finally upon us. Lord Alan Sugar, Baroness Karren Brady and newcomer Tim Campbell set more tough tasks, and oversee 16 new candidates as they attempt to win the investment money.

This flight operations instructor wants to build his own security business, but this salesperson is “hungry for success”.

Furthermore, he won’t “let anyone stand in his way”.

This strategy manager for a financial firm is, not surprisingly, a big numbers guy. He also considers himself a people person.

Akeem also states that he has “got the ambition, the drive and the experience working with strategy”. Whatever that means.

ED! verdict: Is Akeem in too deep?

Another candidate in The Apprentice new series, Akshay is the owner of a digital marketing agency and claims to speak seven languages.

Perhaps one of them is nonsense, because he also claims that the first word he uttered as a baby was “profit” and now believes that sleep is a “waste of time”.

Furthermore, he’s on the way to tripling his turnover. Impressive.

ED! verdict: One to watch

One of the oldest candidates to enter the boardroom, Amy is owner of a beauty brand – but she’s had experience with acting and producing jingles for big companies before.

She describes herself as determined, persistent and a “tough boss”. She also says: “I can be nice when I need to be, but when I unfortunately have to be a bitch, I will.”

ED! verdict: Could be a handful

This hotel front of house manager describes herself a social and kind. What’s she doing on The Apprentice?!

Well, there’s a reason – she wants to launch the first alcoholic protein drink. Something that the world has been crying out for. *Looks to camera*

Irish pro rugby player and sale exec Conor says that he’s “hyper-motivated by money”, and describes himself as a “corporate panther”.

ED! verdict: Confident and one to watch

The owner of a sustainability company, Francesca is looking for investment in her company that provides a product carbon footprint service for businesses with a simple equation of her own creation.

ED! verdict: Strong personality and could be one to watch

Intent on starting his own bath bomb business, Harry describes himself as an “Asian Lord Sugar”.

We’ll soon see how that plays out.

ED! verdict: Strong personality but too strong for some?

She’s looking to “level up” her already successful coffee and cakes business.

ED! verdict: Another strong personality – but can she work with others?

Kathryn now has ambitious plans for her online pyjama business and is confident that they will one day be “worn by everyone”.

She also describes herself as ambitious, kind, and often “savage”.

ED! verdict: Polished and savvy, but will she rub others up the wrong way?

Navid is not only a qualified pharmacist but also a Nicki Minaj superfan.

Not sure how that’s going to get past Lord Sugar.

ED! verdict: If ever there was a loveable/comedy character for this year, it’s Navid

Finance manager Nick has plans for a flavoured water company.

His approach on The Apprentice? “Kill them with kindness”.

Saleswoman turned businesswoman Sophie describes herself as “magical and enchanting”, which is new for The Apprentice.

She also says “winning is in my DNA”.

Another candidate in The Apprentice new series is mum-of-five and owner of a children’s nursery, Shama.

She’s ready to prove she has the “skill set that is required to be one of the best, successful businesswomen in the early years sector.”

The final candidate in The Apprentice new series is eager to make her mark in the fashion industry,

Stephanie says: “I’m an East London girl, and I’ve got that no-nonsense sort of work ethic. I’ve got grit, determination and I’m determined to be successful.”