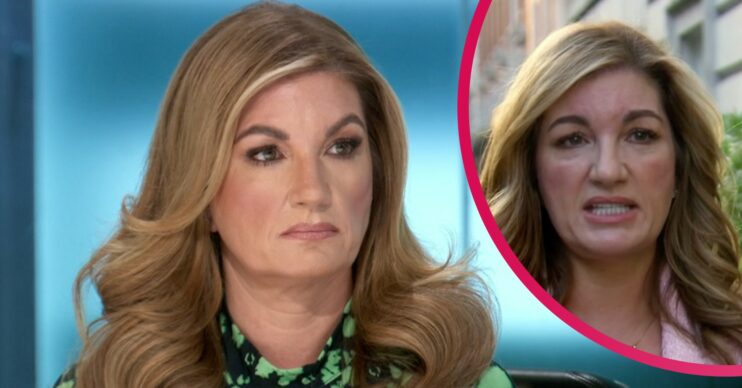 The Apprentice: Karren Brady is most savage person on TV and we’re so here for it

The Apprentice recently returned for its 16th season, and that means 12 more weeks of everyone’s favourite “Ice Queen” – Karren Brady!

Baroness Brady has become a firm fan favourite ever since she became Lord Sugar’s assistant in 2009, and viewers can’t get enough of her.

Long-time viewers of The Apprentice will be well acquainted with Karren by now. The 52-year-old has appeared on the show since 2008 and then since 2009 as Lord Sugar‘s wing woman.

However, the businesswoman is known for her no-nonsense attitude and withering looks – things that would normally make someone turn and run a mile.

However, those are the reasons why viewers love her!

Every episode, fans on Twitter are on the lookout for the next meme-able Karren glare.

Many revel in her ability to make even the most confident candidates feel unsure of themselves – sometimes just with a look!

Read more: The Apprentice: What are Nick Hewer and Margaret Mountford up to now?

Many were loving the fact that she didn’t hold back in the Boardroom once the task was over.

“Karen causally stirring the pot my queen,” one viewer said.

In addition, another said: “”When I grow up I want to be as cool as @karren_brady. She has the best facial expressions.”

So in honour of Baroness Brady, here are some of our absolute favourite savage Karren Brady memes and tweets!

This series of #TheApprentice is 10% bad branding and 90% @karren_brady pulling this face… pic.twitter.com/LrA10qowGC

Karren Brady in the background of every episode of #TheApprentice. pic.twitter.com/mA2brjPQRP

Elsewhere, fans of the show are always on the lookout for the latest disapproving savage look from Karren Brady!

First epic face of the night. This one is called “bored” #TheApprentice @karren_brady pic.twitter.com/IuWaz6oDeR

Glad we can rely on Karren Brady for some iconic looks 👏🏼 #TheApprentice pic.twitter.com/4074AcRsJU

Some of the best tweets about Karren

In addition, the Apprentice viewers are always on top form when it comes to making memes!

Karren and Tim in the boardroom when either team tries to lie about or gloss over anything stupid they did in the task #TheApprentice pic.twitter.com/qgj8qJaMgN

Karren on #TheApprentice every time someone tries to fudge the story to Alan Sugar: pic.twitter.com/9xqJ8MH4am

Which @karren_brady are you today? #TheApprentice

Watch The Apprentice on iPlayer pic.twitter.com/NtipnI73Ex

Karren Brady’s face every time she asks the Apprentices a question, regardless of how they answer pic.twitter.com/S4SGZdkHtm

Meanwhile, there are still another eight weeks of this series of The Apprentice to go, meaning there are still plenty more savage Karren Brady memes to come. We can’t wait!

The Apprentice returns on Thursday, February 3 at 9pm on BBC One and BBC iPlayer.

Leave us a comment on our Facebook page @EntertainmentDailyFix and let us know if you’ve seen any funnier memes!