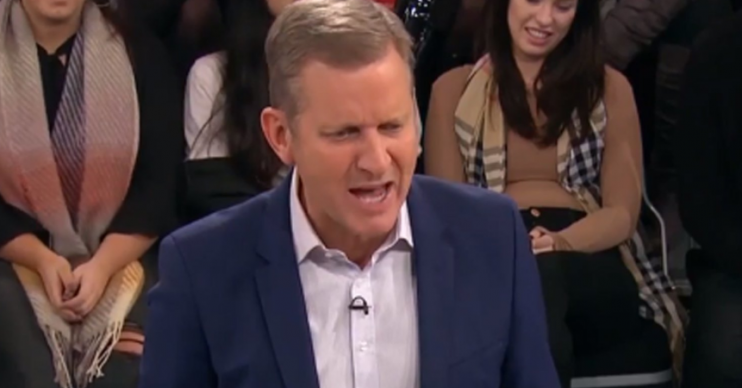 Dickinson's Real Deal has been pushed back to mid-afternoon

Telly fans are fuming with ITV’s choice of replacement for The Jeremy Kyle Show, which was axed last month following the death of a guest.

The controversial programme’s morning slot has been filled by game show Tenable, which normally airs at 3pm.

Dickinson’s Real Deal, meanwhile, has been moved from the 9.25am slot to 3pm, having occupied the morning slot since Jezza was cancelled.

Read more: Mystery surrounding The Jeremy Kyle Show as it makes a brief return to Instagram

ITV viewers were fuming this morning (June 10) as the broadcaster switched the two shows around – and took to Twitter to make their feelings known.

One angry telly fan said: “Mornings just aren’t the same on #ITV no #JeremyKyle, replaced by Real Deal, now reduced to Tenable & #ThisMorning is full of crappy stories… sort it out @ITV.”

Another tweeted: “WTF! Why has #Tenable moved to 9:25am and #RealDeal at 3pm? I literally thought Tenable was on!!”

A third wrote: “I know #JeremyKyle got axed but [bleep] me #Tenable wtf. All the shows #ITV have and this is now the replacement… Dickinson’s Real Deal is better than this.”

Someone else joked: “I thought I’d slept until 3pm #Tenable.”

The Jeremy Kyle Show was cancelled when guest Steve Dymond died after filming for the programme, although his episode never aired.

Steve, 63, was reportedly on to prove he’d been faithful to his partner by taking a lie-detector test, which he is understood to have failed.

A week later, he took his own life and The Jeremy Kyle Show was cancelled, following a 14-year run on ITV.

An inquest into the death, held at Portsmouth Coroner’s Court at the end of May, found that Steve was “concerned about the repercussions of the show”.

Read more: The Jeremy Kyle Show’s Security Steve has another job with ITV!

Speaking at the hearing, DS Marcus Mills of Hampshire Police is reported to have said that the construction worker moved into a new flat in February after being “kicked out” of the home he shared with on/off fiancée Jane Callaghan “following allegations he had been cheating”.

Mills said Dymond told the flat’s owners he was planning a TV appearance to “get everything sorted”.

He continued: “Steven had also mentioned they were going to go on The Jeremy Kyle Show for a lie-detector test to get everything sorted. Steven told Michelle [co-owner of the flat] that things didn’t go well on the show.

“He became angry when talking about Jane. He became concerned about the repercussions of the show and the rumours that had started as a result.”