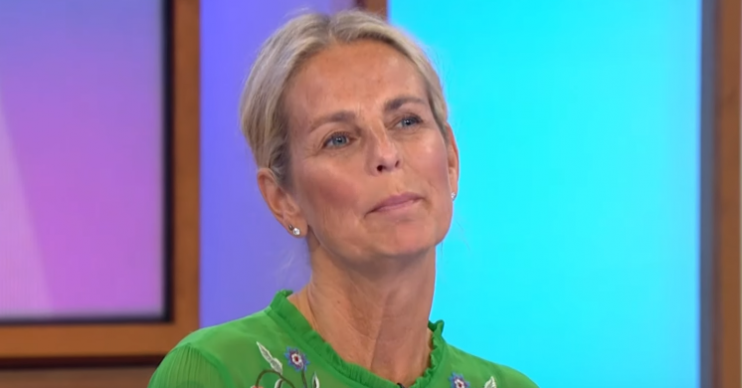 She opened up about her break-up with husband number three

Fans of ITV’s Loose Women have demanded that the show’s bosses hire Ulrika Jonsson as a permanent panellist.

The TV presenter, 51, featured among the guests on today’s show (May 9) and opened up about her split with husband number three Brian Monet.

She called the experience “torture” and revealed she needed counselling to get through it.

Read more: Janet Street Porter mocks Harry as he shows off baby son to the world

Ulrika said she “put on a front” and pretended that everything was fine last year, when in reality it was “incredibly tough”.

Panellist Jane Moore asked her if the break-up came out of nowhere and Ulrika admitted: “The last couple of years… I’ve tried to go through all that.

“There’s always one thing that tips you over the edge. There’s just a moment where you suddenly realise you can’t do it on your own.

“I really believe in counselling. I have gone on my own because I felt like I was dealing with things on my own and found it really hard to cope.”

Some Twitter users thought she would make an ideal addition to the show’s lineup of regulars.

One viewer said: “Consider Ulrika to join the panel. She would be great and help her confidence.”

Someone else tweeted: “Just watched Ulrika on #LooseWomen, she would be a brilliant panelist. Loads of life experience. A good addition to a brill show.”

Another suggested: “Maybe she could replace Coleen Nolan.”

Ulrika and ex husband Brian, an advertising executive, got married in 2008 but split last year. They have a son, 10-year-old Malcolm.

Ulrika has three other children – son Cameron, 24, from her first marriage with John Turnbull; daughter Bo, 19, from her romance with Marcus Kempen; and Martha, 14, from her marriage to second husband, Lance Gerrard-Wright.

Elsewhere on today’s Loose Women, Ben Shepard was on to discuss his dedication to fitness – and talked about hitting the gym even when he’s knackered!

The Good Morning Britain presenter, 44, told the panellists: “Because I train a lot and I enjoy training, it allows me to stay, mentally, very on top of things.