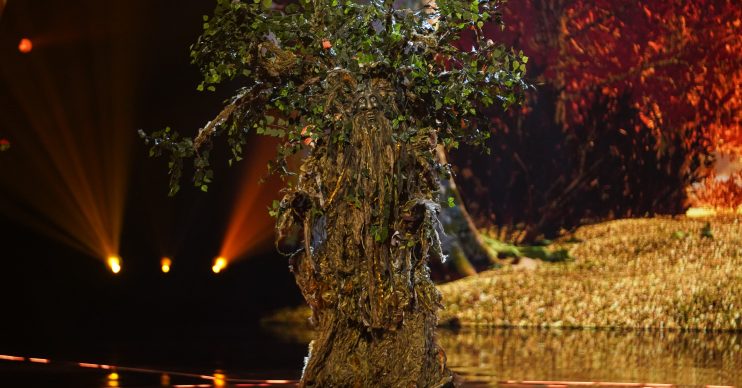 Teddy Sheringham has been unmasked on The Masked Singer.

Read more: Joel Dommett reveals Masked Singer celeb is lying about being on the show

Speaking after it was revealed he was the Tree, Teddy admitted: “I thought my best shot was a little bit better than what I performed …

“I’ve had sleepless nights trying to remember these words. Me and my wife have been going over it together all the time.”

I didn’t expect to win, I just wanted to enjoy the experience.

And when he was unmasked, Jonathan hailed the 53-year-old sports star as “one of the greats of British football right there” whilst Davina called him a “legend”.

Rita had guessed David Beckham but insisted she wasn’t “far off”.

She shared: “I wasn’t far off because you played with David Beckham, didn’t you?

“For someone who plays football, you’ve got a good voice. Teddy your kids must be super proud of you.”

Ken told him: “Just take your Teddy mask off and show me you’re Peter Shilton.”

And Teddy admitted he decided to sign up for the show for his kids.

He explained: “I’ve been asked to do everything over the years but always declined. I saw the show that aired in the States and thought I’d love to do that for my kids.

“The panel were great, big names and really complementary considering I can’t sing!

“It’s ok. I didn’t expect to win, I just wanted to enjoy the experience and get to work with some good people.”

The Masked Singer returns next Saturday night (January 25), where all final eight contestants will take to the stage in a bid to keep their mask on.