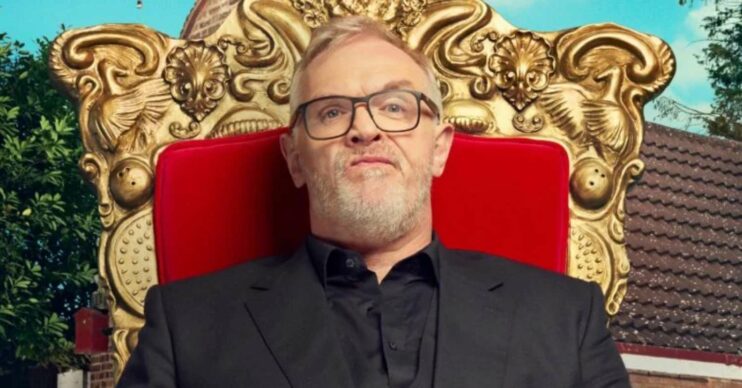 Comedy was a 'necessity'

Comedian and Taskmaster host Greg Davies has revealed how a ‘miserable’ job forced him into exploring comedy.

Greg has had success as a stand-up comedian as well as within sitcoms and also as the host of Channel 4’s Taskmaster.

Airing on Thursdays at 9pm on Channel 4, the show has seen many comedians compete against each other with difficult and complex tasks to

Taskmaster host Greg was driven by ‘necessity’ into comedy

Speaking in an interview, Greg opened up about how his career as a teacher left him unfulfilled. He said: “I don’t think I could have stayed in it, because I think I got to the stage where I was so miserable.

“I was so glum it wasn’t fair for me to carry on, really. I had to give it a go – I’d always wanted to do comedy, so teaching – although I had great times doing it – was always a bit of an avoidance strategy, if I’m honest.”

Greg’s role as a teacher later informed his irate headteacher character in E4’s comedy The InBetweeners.

I got to the stage where I physically couldn’t carry on unless I gave comedy a go, it was necessity.

He added: “I got to the stage where I physically couldn’t carry on unless I gave comedy a go, it was necessity. It often is with me, to be honest. I am often driven by necessity, rather than actually doing things like an adult.”

Read more: Is Roisin Conaty married? Why wasn’t she in After Life season 3?

It’s not just competitive quiz shows that have allowed Greg Davies to showcase his comedic skills and dry wit. The star has also received praise for his performance in E4’s The InBetweeners and BBC’s The Cleaner.

The unusual series sees Greg play Wicky, a ‘crime-scene cleaner’. When all the forensics people have finished their investigations, it’s down to people like Wicky to come in and clean up. Literally.

However, all is not as it seems. Using Greg’s trademark awkward comedy, Wicky attends his latest cleaning job only to find and meet the real murderer behind the crime each episode.

Multi-talented Greg wrote and stars in this series, but it takes inspiration from a German series. Der Tatortreiniger (Crime Scene Cleaner) ran on German TV for seven series and between 2011 and 2018.

What did you think of this story? Tell us what you think on our Facebook page @EntertainmentDailyFix