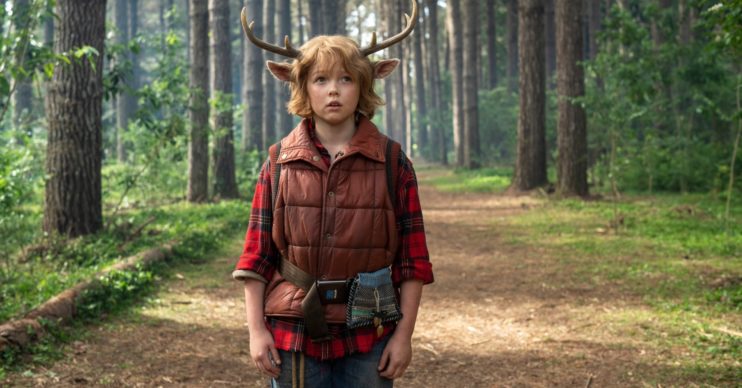 Sweet Tooth: Who is in the cast and what is Netflix show about?

Sweet Tooth on Netflix is about to transport viewers into a fantasy future for a tale that will melt your heart.

Executive produced by Robert Downey Jr and his wife Susan Downey, the series is based around a DC comic book of the same name.

Also, he has antlers thanks to a mysterious phenomenon causing babies to become human/animal hybrids.

While the concept sounds bizarre, it ultimately becomes a tale of friendship and humanity as a world turns its back on you.

What is Sweet Tooth about?

Ten years ago, an illness called The Great Crumble left the world in ruins, with millions dying after falling sick.

At the same time, babies starting being born part-human, part-animal, and it’s not known if one caused the other or not.

As a result, Gus has antlers.

However, humans attack and persecute the hybrids, fearing they are the cause of The Great Crumble, exiling them from society.

Successfully hiding for more than a decade, Gus is soon forced on an adventure across the country to get to safety.

Befriending a wanderer named Jepperd along the way, Gus needs to rely on the kindness of strangers in order to find a new home.

However, things are never that easy, and he soon discovers that not everyone is his friend.

But as young Gus finds new friends, he also becomes a symbol of hope.

Comedian Will Forte takes a serious turn as Gus’s father, known as Pubba.

Four Lions and Enola Holmes actor Adeel Akhtar plays Doctor Aditya Singh, who becomes determined to figure out the reason for the hybrids.

However, despite his work as executive producer, Robert Downey Jr is not slated to appear.

Is Sweet Tooth worth watching?

Even before its release, Sweet Tooth has been given the rare 100% score on Rotten Tomatoes.

Basically, all critics absolutely love it.

Digital Spy adds: “In a world full of post-apocalyptic stories, Sweet Tooth flips the genre on its head with gorgeous storybook visuals and a rousing message of hope. This show an absolute must-see.”

So prepare to be charmed by this new fairy story.