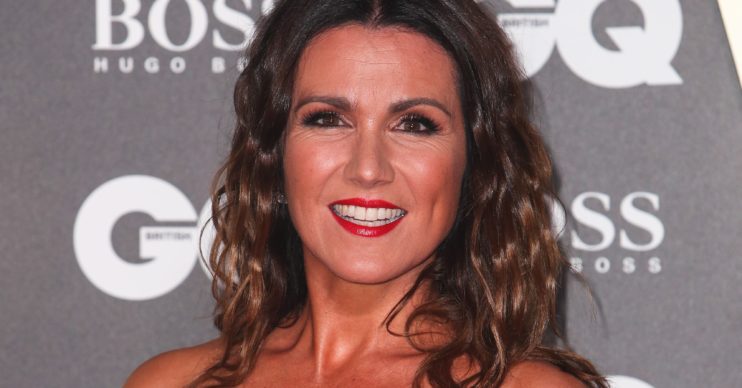 GMB host was missing on Thursday

Susanna Reid was absent from GMB today, sending fans into a spin.

She usually joins Ben Shephard on the show on Thursdays.

But this week, he was accompanied by Ranvir Singh instead, and Susanna was missing.

Some fans questioned why there was no Susanna this Thursday.

“Did you sleep in as u usually do four days,” wrote one on Twitter.

Another wrote: “Where is the usual line-up on #GMB, have they suspended #PiersMorgan and #susannareid?

But neither of those scenarios were what had happened.

Where is the usual line up on #GMB , have they suspended #PiersMorgan and #susannareid

Susanna has been busy, but not on GMB.

Instead, Susanna was tied up on the sofa filming Gogglebox.

She will be on the sofa watching TV with her friend, Judge Rinder, this week.

The TV presenter admitted she still had “hours and hours” of TV to sit through for the show on Wednesday.

And she was worried about how editors might make her look.

“We’ve not got any control over the editing,” she told co-host Piers Morgan on Good Morning Britain this week.

Piers teased Susanna the editing could be “savage”.

He said: “As our friend Eamonn [Holmes] found out, that editing can be savage.”

Susanna’s TV husband Piers has reverted to his usual schedule of Monday to Wednesday on GMB now.

Previously he had worked some Thursdays throughout the peak of the pandemic as well.

Meanwhile, Susanna has reportedly got back together with Crystal Palace boss Steve Parish.

The pair dated for about nine months but broke up last year.

However, neighbours reported that Steve’s car had been seen outside Susanna’s house again recently.

What do you think of this story? Will you be tuning in to Celebrity Gogglebox? Go to our Facebook page @EntertaimentDailyfix and leave a comment to let us know how you feel.