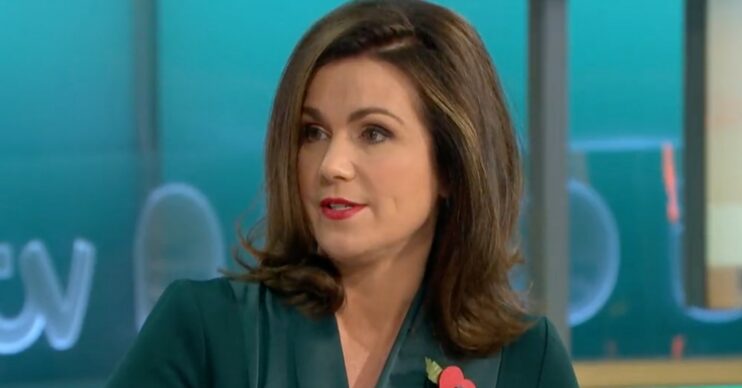 We're sure she isn't the only one!

Susanna Reid has admitted to putting on an “extra couple of stone” in weight while hosting Good Morning Britain today (November 10).

The 50-year-old presenter made the revelation on the ITV panel alongside co-host Judge Rinder.

During the programme, the pair chatted to Jason Donovan before playing out his hit track Especially For You.

Judge Ringer – whose real name is Robert – swayed to the music as he urged for Jason to join in.

He said: “This is our karaoke tune. Jason, please join in with us for a little bit!’

Jason, who appeared from his home in west London, responded: “I would rather you pick up Susanna and twirl her around the studio like I did on Top Of The Pops in 1988.

The lockdown extra couple of stone might rule that out.

“That would be a special moment!”

Commenting on Jason’s remark, Susanna added: “Unfortunately, the lockdown extra couple of stone might rule that out.”

Judge Rinder turned to the star and said: “Oh please! Why do you say that? It’s not true!”

Susanna has hosted alongside a string of co-presenters since Piers Morgan’s departure in March.

Judge Rinder, who has previously hosted the show, returned to the studio today.

He went down a treat with viewers, as some even called for him to become a permanent presenter.

It isn’t the first time that Susanna has discussed her weight on air.

During an interview with Joe Wicks last year, she admitted: “I’m going to be battling with the lockdown stone, it went on during lockdown one.

“I really don’t want another one going on during lockdown two.”

However, Susanna is no stranger to weight loss.

She previously dropped 1st 7lb after making changes to her diet, including cutting back on alcohol and snacks.

Speaking to Prima in 2019, the presenter shared: “I feel fantastic. This time last year, I went to the doctor with a skin problem and he told me I could do with losing some weight.

“It turned out I was at the upper end of my BMI and, I have to admit, I’d been feeling a little heavy for a while.

“I’ve lost a stone and a half since then and I feel fantastic.”