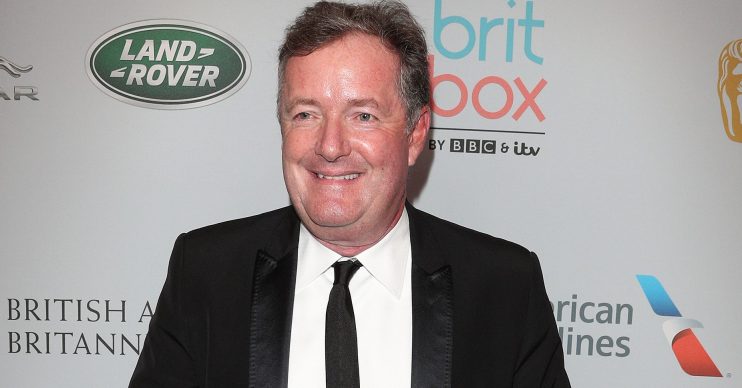 Has Susanna Reid been missing him?

Can it really be true, that absence make the heart grow fonder?

While Good Morning Britain presenter Piers Morgan has been taking a break from hosting, his co-star Susanna Reid appeared to be taking his side against a guest this morning (February 27).

Susanna was talking to Ayesha Hazarika, who invited Prince Harry to talk about his sustainable tourism idea, Travelyst, at a conference in Edinburgh yesterday.

All done hosting #Travalyst conference with “Harry.” Realise this looks like we’re about to present a breakfast show. He was very lovely & I had the most brilliant time. Still having minor heart palpitations about the whole thing. Thanks for all your nice comments x pic.twitter.com/GTYVdDWLtT

Ayesha, a former Labour advisor, was asked about the irony of Harry taking flights from Canada to the UK and back when he urges the rest of us to watch our carbon footprint.

Apparently referring to Piers, who is a long-term critic of the Duke and Duchess of Sussex, Ayesha said: “People who don’t like Harry – sometimes occupying the seats you’re in now – they know that they’ve got a lot of people who really support them.

I think if the person you’re referring to was sitting here today they would say they’re simply targeting what some might say was the hypocrisy, perhaps, behind some of the things that they’ve done.

“And they know that they’re passionate about a lot of issues which are very generational and timely, like sustainabilty. And I think good on them! ”

Susanna replied: “I think I know what you’re referring to. I’m not sure it’s about not liking them.”

Ayesha was astonished and responded: “Oh, Susanna, come on! It’s unhinged trolling! He even trolled me yesterday!”

But naturally enough, Piers wasn’t going to remain silent on the matter.

He has just returned from a working holiday in the US, but he took to Twitter (where else?) to give his reply.

He wrote: “Back in Blighty for 20 minutes & just heard royal sycophant @ayeshahazarika calling me an unhinged troll on @GMB. Charming.

“I wonder how much Ayesha got paid to host the travel event where she got to fangirl Prince ‘private jet’ Harry as he preached about the environment?”

Back in Blighty for 20 minutes & just heard royal sycophant @ayeshahazarika calling me an unhinged troll on @GMB.
Charming.
I wonder how much Ayesha got paid to host the travel event where she got to fangirl Prince ‘private jet’ Harry as he preached about the environment?

Good Morning Britain is on ITV from 6am every weekday