The usually perfectly turned out Susanna Reid from Good Morning Britain showed off a very different look ahead of their Oscars special.

She joked to her Instagram fans that she had forgotten to pack a hairbrush as she showed off a wild, untamed hair do - very different from her usual sleek, perfected look.

Forgot to bring a hairbrush. Hope no one notices. #GMBOscars

Captioning the black and white picture, the 49-year-old presenter wrote: "Forgot to bring a hairbrush. Hope no one notices."

Fans were quick to point out how even with messy, unbrushed hair, the TV presenter was still stunning. 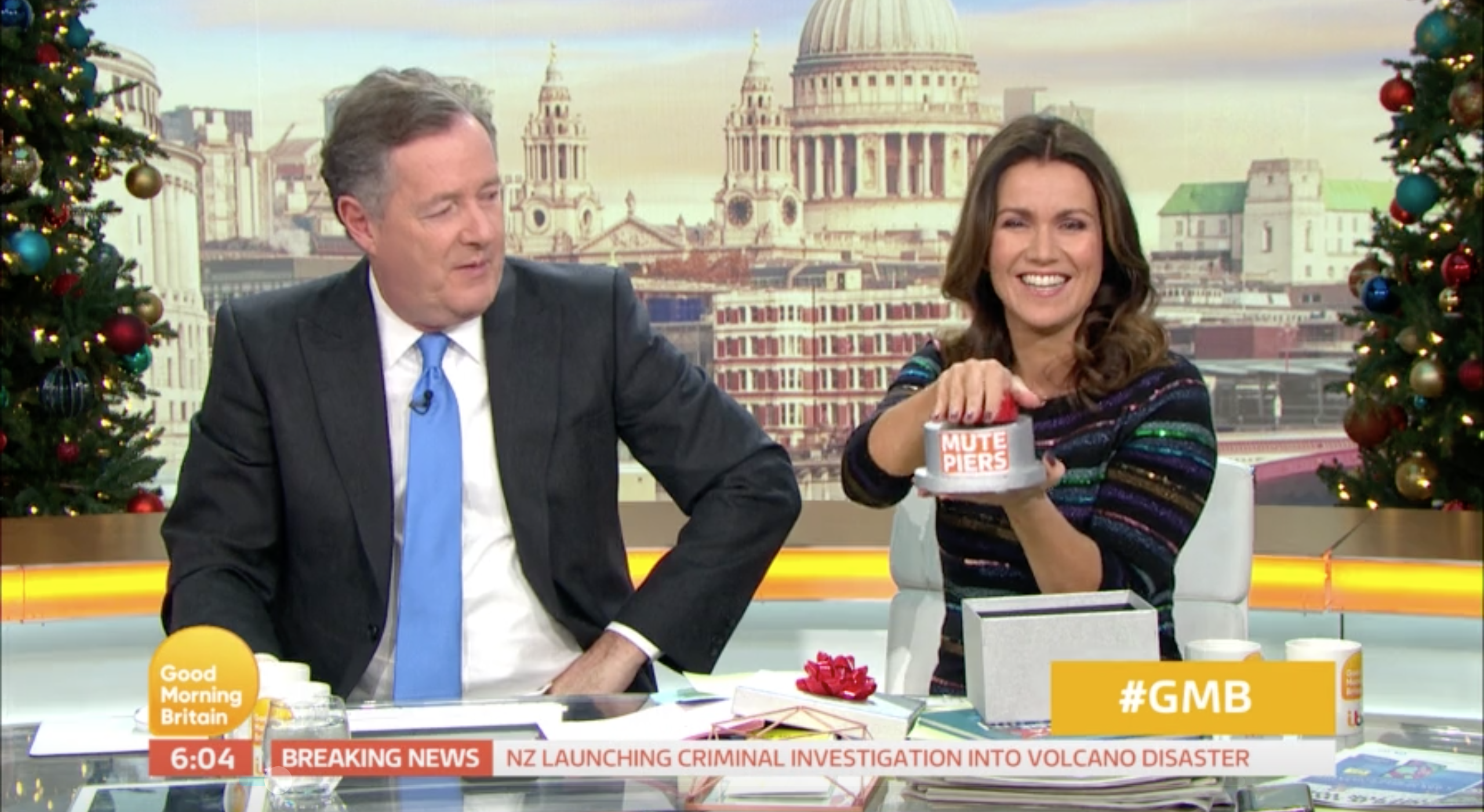 Piers and Susanna are in LA for the Oscars (Credit: ITV)

The picture was taken ahead of the Oscars special of Good Morning Britain in Los Angeles, which Susanna is hosting alongside co-host Piers Morgan.

Any nearer the front, I’d be flying it. Take me to Hollywood, @british_airways - the Oscars await!

Piers flew out last week and couldn't help but upload a smug snapshot of his first class flight, captioning the picture: "Any nearer the front, I’d be flying it. Take me to Hollywood, @british_airways - the Oscars await!"

Things got awkward between the ITV duo this week when they appeared on Loose Women and Piers revealed he would be flying out in luxury without Susanna.

Any nearer the front, I’d be flying it. Take me to Hollywood, @british_airways - the Oscars await!

Anchor Ruth Langsford asked when the duo would be jetting off to the awards do, with Piers replying "tomorrow" leaving Susanna to reply: "Oh, right. Well, I've got a few more days at work..."

Piers then cheekily jibed: "Susanna goes a bit more down the plane than me...."

His tongue-in-cheek comment about his first-class seats was met with resounding boos from the audience.

Brace yourself Hollywood - I’m on my way... Don’t miss Monday’s 3-hour @gmb Oscars special live from the Beverly Hills Hotel. We’ve got brilliant guests, and it should be a lot of fun. #LA

Earlier this week, Piers ruffled feathers when he took off his tie by when viewers took a dislike to its 'slime green' colour.

The presenter read out one tweet from a GMB viewer which read: "Change the tie, absolutely hideous."

Another message read: "Piers, you're a legend and my secret crush but lose the tie."

Piers then ripped off his neckwear, declaring: "You know what, I am losing the tie."

He added: "I'm not having this. It's coming off. That tie is never appearing again. I'm going without a tie for the rest of the programme.

"What are they going to do about it? Fire me? You're going to fire me for not wearing a tie? No you're not."

What did you think of Susanna's new look? Leave us a comment on our Facebook page @EntertainmentDailyFix and let us know.